Daniel Suarez finishes second: "It hurts to be close and not get it" 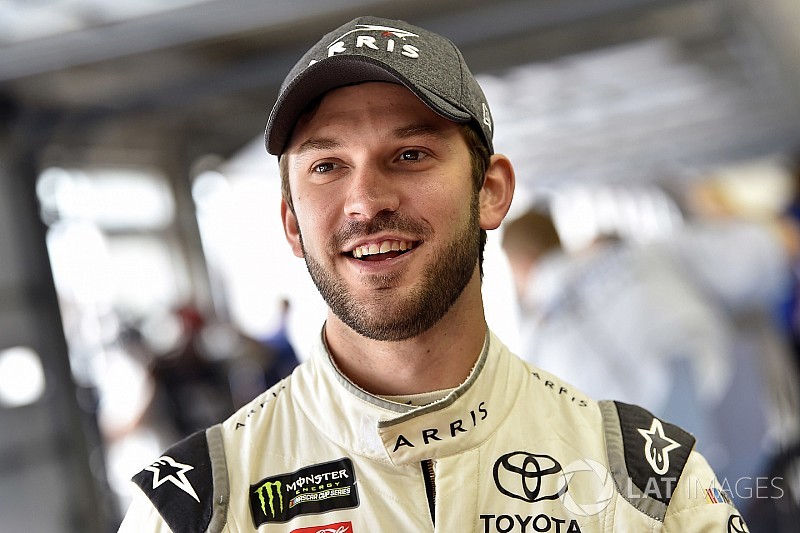 With NASCAR’s new aero package, there were few cars that remained up front throughout Saturday night’s Monster Energy All-Star Race but Daniel Suarez was one of them.

Although he started near the back of the field because he had to earn entry through winning a stage in the Monster Open, Suarez was remarkably consistent the remainder of the night.

The final stage went into overtime and on the restart Suarez started second, with his Joe Gibbs Racing teammate, Denny Hamlin, lined up behind him.

“I felt like we had a car actually capable to win the race. We were very strong, competitive,” Suarez said. “For whatever reason restarts, my car was taking like one lap to go and those guys, when two Fords were connected, they were pretty strong.”

Harvick got a push from fellow Ford driver Joey Logano on the final restart which allowed him to put some distance on himself and Suarez by the time both reached the backstretch.

“We just – I needed a little bit more right there. (Hamlin) got disconnected with myself a little bit. I tried to side draft (Harvick), but it was just tough. After that, it was pretty much game over because I started racing (Logano) instead of (Harvick), but proud of my guys.

“We’ve been racing in the All-Star twice already, two times, so that’s not bad. It hurts to be close and to not get it.”

The race was the first in the Cup series to utilize a new aero package which featured air ducts, restrictor-plates, a larger rear spoiler and splitter used from 2014 season.

Saturday night’s all-star performance continued a string of strong performances this season for Suarez after a slow start.

Entering the race, he had finished 11th or higher in four of the past five races, including tying his career-best of third at Dover, Del.

“I feel like coming to this race it was a lot of unknowns, a lot of things to figure out. I mentioned this to my team yesterday. Whoever does the best job finding those things out as a driver and as a team is going to be able to win,” Suarez said.

“I feel like we did everything that we could.  If I would have to do it again, I’m not sure what I would do different. The car was driving well, maybe a little bit tight at times, but I was loose as well.

“I feel like just different circumstances maybe could give us the victory. It just didn’t work out.”

Marcus Smith on using new aero package in Coke 600: "Why not?"