Daniel Suarez: "I feel confident" about returning to SHR in 2020

Daniel Suarez says he feels “confident” he will return for a second season at Stewart-Haas Racing in 2020. 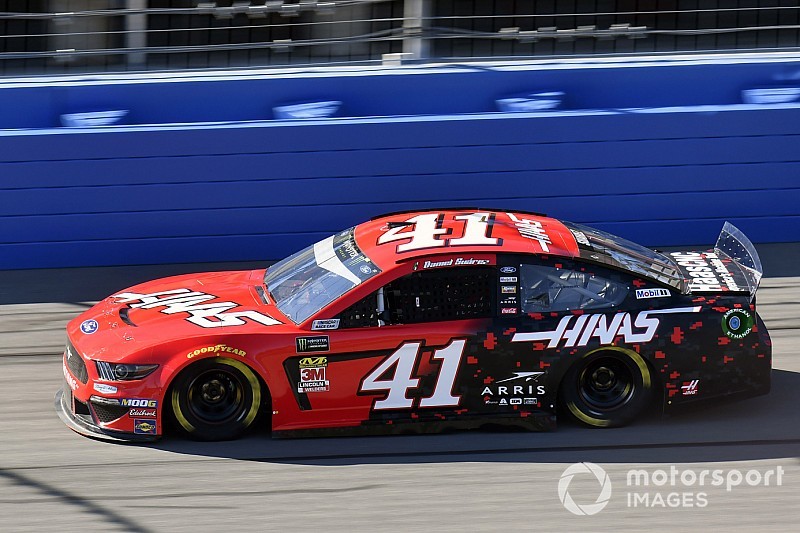 This is Suarez’s first season with Stewart-Haas Racing in the Monster Energy NASCAR Cup Series and because the driver was entering into a lot of “unknowns” to start the year, he said he and SHR both had options on whether they would continue their relationship past the 2019 season.

So far, it’s been a productive season for Suarez, even though none of the four SHR drivers had yet to win a race. Through 14 races, Suarez is 13th in the series standings, with one top-five and five top-10 finishes.

“We’re working on things. I feel very confident on where we are,” Suarez said Friday at Michigan International Speedway. “We have options on both sides – they have an option and I have an option – which I feel like is the best way to do things, especially when you have a lot of unknowns at the beginning of the year.

Suarez said he feels in “in a good home” at SHR and the organization is working together collectively to get to Victory Lane.

“I feel like when we move forward, we’re moving forward together. I don’t feel like I’m the guy that’s not the strongest of the group. I feel like we’re going to be in good shape,” he said.

“I feel confident about it but I will tell you that I felt confident about it last year and you see what happened. You never know in this sport. I don’t really like to talk too much about (contracts) until everything is 110 percent secure. The sport is at a point where anything can happen.

“What I can control is this weekend. I have to my thing this weekend and try to win races and I feel like that will take care of everything else.”

Suarez and his No. 41 Ford were fastest in Friday’s first practice at Michigan. He was also fastest in practices two weeks ago at Charlotte and last weekend at Pocono.

Michigan was the site of Suarez’s first NASCAR Xfinity Series win June 2016, when he became the first Mexican-born driver to win a NASCAR national series race while racing with JGR. He won the Xfinity Series championship later that year.

Asked about Suarez's comments, a team spokesman said Stewart-Haas Racing does not comment on the status of its contracts, be it driver or partner related.