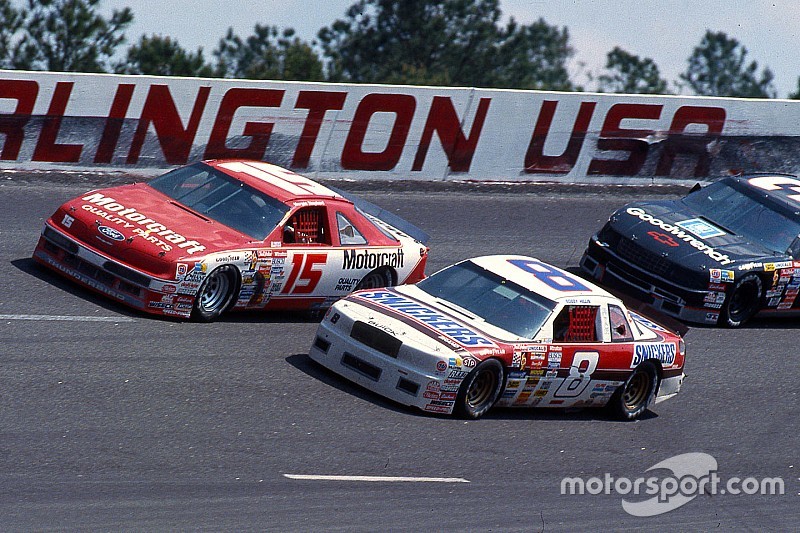 The upcoming season will also mark the 70th running of the Southern 500.

Darlington will honor specific moments and heroes of the 1990-94 era of the sport’s storied history, including the conclusion of Hall of Famer Richard Petty’s career and the beginning of Hall of Fame inductee Jeff Gordon’s career.

The track will also pay special tribute during its 2019 race weekend to Spartanburg, S.C., native David Pearson, who died Nov. 12 at age 83. Pearson holds the mark for the most Cup victories at the track (10).

“Many legendary drivers made names for themselves and the sport realized tremendous growth during that time period under the leadership of Bill France Jr.,” said Darlington President Kerry Tharp.

“We will also celebrate the storied career of David Pearson during our race weekend, who was the most successful driver in Darlington’s history, as well as recognize the 70th running of the historic Bojangles’ Southern 500.”

Darlington will feature a commemorative ticket design honoring Pearson and his history at Darlington for the 2019 Bojangles’ Southern 500.

“Even though we are highlighting the 1990-94 era, we felt it was important to pay tribute to David Pearson on our tickets because he truly was an icon in South Carolina who left a tremendous impact on Darlington and on NASCAR,” Tharp said.