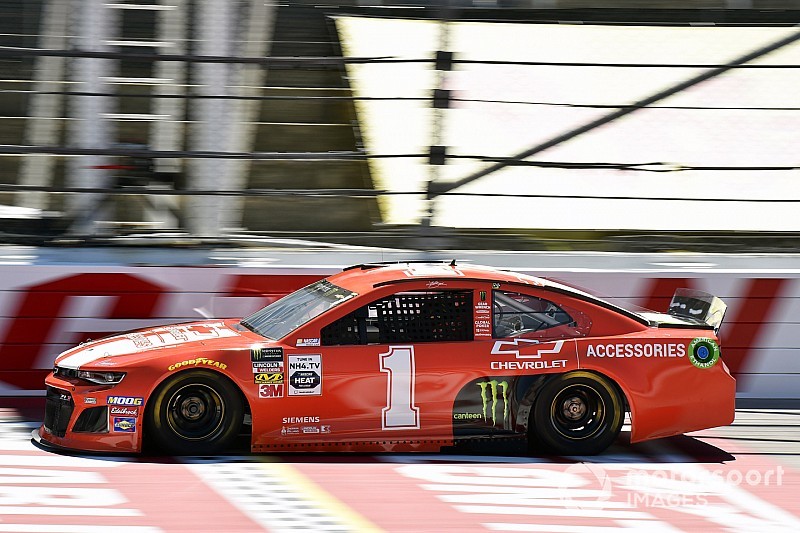 Kurt Busch held off a surprisingly strong challenge from Jimmie Johnson to take the Stage 1 win at Darlington (S.C.) Raceway.

Willian Byron started on the pole, but Brad Keselowski quickly powered around him on the start to move into the lead.

On Lap 8, Kurt Busch made his way around Byron to move into the second position.

On Lap 19, Kurt Busch went to the inside of Keselowski in Turn 1 and came away with the race lead.

After 20 laps, Kurt Busch held about a half-a-second lead on Keselowski as Johnson ran third. Kyle Busch, who started from the rear of the field, had made his way to 16th.

Byron got around Keselowski to take the second spot just before the competition caution was displayed on Lap 36 to allow teams to check tire wear after the four-hour rain delay.

All of the lead-lap cars elected to pit with Byron the first off pit road. When the race returned to green on Lap 41, Byron led the way followed by Kurt Busch, Larson, Keselowski and Johnson.

With 50 laps to go in the first stage, Kurt Busch had opened up a 1.3-second lead on Byron while Larson remained in third.

Garrett Smithley spun off Turn 2 on Lap 67 and made contact with David Ragan to bring out a caution. All the lead-lap cars elected to pit with Chase Elliott the first off pit road.

On the restart on Lap 71, Elliott was followed by Kurt Busch, Larson, Johnson and Keselowski.

On Lap 77, Kurt Busch worked his way back around Elliott to retake the lead as Johnson passed Elliott to move into the runner-up position.

With 10 laps to go, Kurt Busch held about a 1.5-second lead over Johnson as Larson ran third, Elliott fourth and Kyle Busch moved to fifth.

The following cars had to start from the rear of the field – Aric Almirola (backup car), Kyle Busch (engine change), Reed Sorenson (transmission change) and Joe Nemechek and B.J. McLeod (both from unapproved adjustments).