Darrell Waltrip: "Jeff has changed the dynamic of the FOX NASCAR booth a lot" 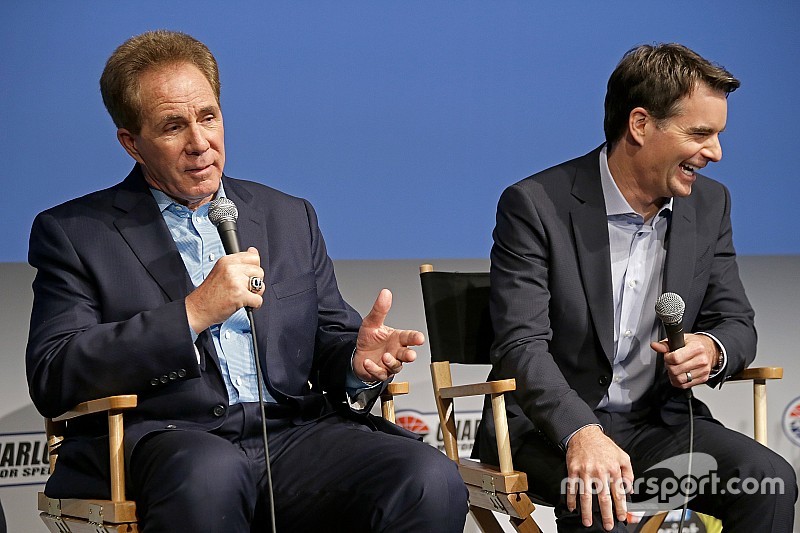 In the 16 year of NASCAR on FOX, Jeff Gordon joins Darrell Waltrip and Mike Joy in the booth.

After 16 seasons on the air, Motorsport.com wanted to know how the broadcast has evolved since the 2001 Daytona 500

"We have found better ways to deliver the race to the fan at home, whether it’s a camera that tilts and turns to show the angle of the banking or new in-car cameras and telemetry," explained NASCAR Hall of Famer Darrell Waltrip. "FOX has continually improved the experience for the fan and made it more understandable and exciting for them. Races are more fun to watch now, from the technology to views and stories our pit reporters offer.  Nowadays, we are able to take people anywhere the story is."

Out of the car and into the booth

Jeff Gordon brings just concluded his Sprint Cup career by nearly winning a fifth title last November, stepping right out of the race car and into the booth. Waltrip joined FOX under similar circumstances and being able to relate to the four-time champion in such a way must have helped with the transition.

"As a driver, you live in a bubble and see things out your windshield and helmet.  You can’t see all the crazy things going on around you. Jeff said the same thing when he joined the booth – ‘These guys are crazy. I can’t believe they drive that way. It looks like they’re going to wreck every lap.’ Instead of seeing what you’re accustomed to, you see the whole picture for the first time, and sometimes it is a little frightening."

As for advice for the rookie commentator, DW had this to say: "It’s the same advice FOX gave me from day one. I had to learn that less is more. To ‘get in and get out,’ so to speak. I learned it and he’ll learn it from me and the others. Unlike when FOX started in 2001 when we were all rookies together on a brand-new team and knew the same thing – pretty much nothing – Jeff has the advantage of having guys who have done this for a while and will speed up his learning curve."

Lastly, Motorsport.com wanted to how the dynamic of the booth has changed with the addition of another veteran Cup driver, who brings a fresh new perspective and more insight.

"Jeff has changed the dynamic of the FOX NASCAR booth a lot. He’s younger and just off the race track.  We needed someone like him in the booth to give us a different perspective on and current opinion about the sport. I’ve enjoyed having him up there and he has helped me a lot – opened my eyes a lot. Jeff asks a lot of questions, which is great.

"He’s a rookie in the booth, so he asks a lot of questions about things we take for granted after so many years. He has livened up the booth and freshened it up. He has a great relationship with all the drivers and is a lot of fun. He and I were never really close before, so I’ve also enjoyed getting to know him on a personal level as a teammate. It’s been a very pleasant addition and I’m enjoying it."

Dale Jr. and several others encounter tech issues prior to 500