Darrell Waltrip to retire from FOX broadcast booth after 2019 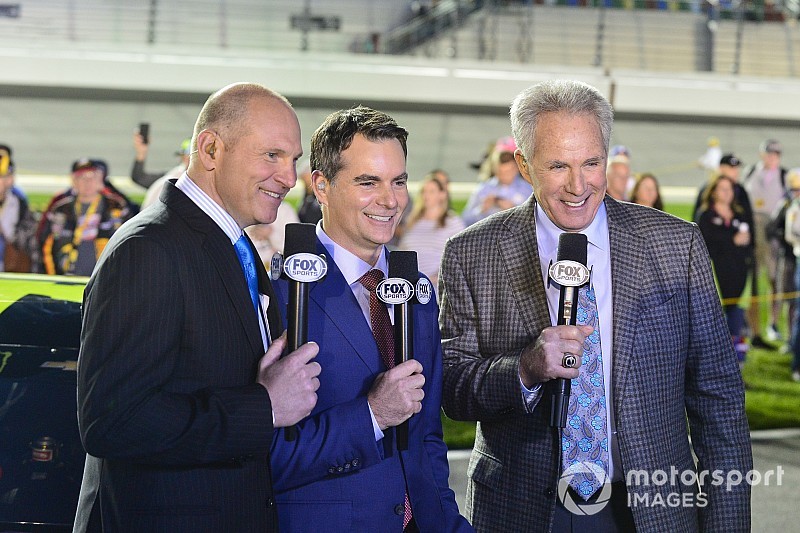 NASCAR Hall of Famer Darrell Waltrip will step out of the broadcast booth after 19 years.

Waltrip, a three-time NASCAR Cup Series champion, has been a part of the FOX NASCAR broadcast since its debut in the 2001 Daytona 500 where Dale Earnhardt tragically lost his life.

Since then, the 72-year-old has called over 300 races, but will do so for the final time this June at Sonoma Raceway.

“My family and I have been talking this over the past several months, and I’ve decided to call 2019 my last year in the FOX Sports booth,” Waltrip said. “I have been blessed to work with the best team in the sport for the past 19 years, but I’m 72 and have been racing in some form for more than 50 years. I’m still healthy, happy and now a granddad, so it’s time to spend more time at home with my family, although I will greatly miss my FOX family.”

Waltrip was inducted into the NASCAR Hall of Fame in 2012 and sits fourth on the all-time wins list in the Cup Series with 84 victories to his credit. He also won the 1989 Daytona 500.

“Darrell has been the heart and soul of the FOX NASCAR booth since day one, so it’s incredibly bittersweet to know this is his final season,” said Eric Shanks, FOX Sports CEO & Executive Producer. “DW’s unmatched charisma and passion helped FOX Sports build its fan base when we first arrived at Daytona in 2001, and he has been the cornerstone of our NASCAR coverage ever since. We look forward to celebrating DW at Sonoma.”

There is no word yet on any potential replacement for Waltrip in the booth for the 2020 season.