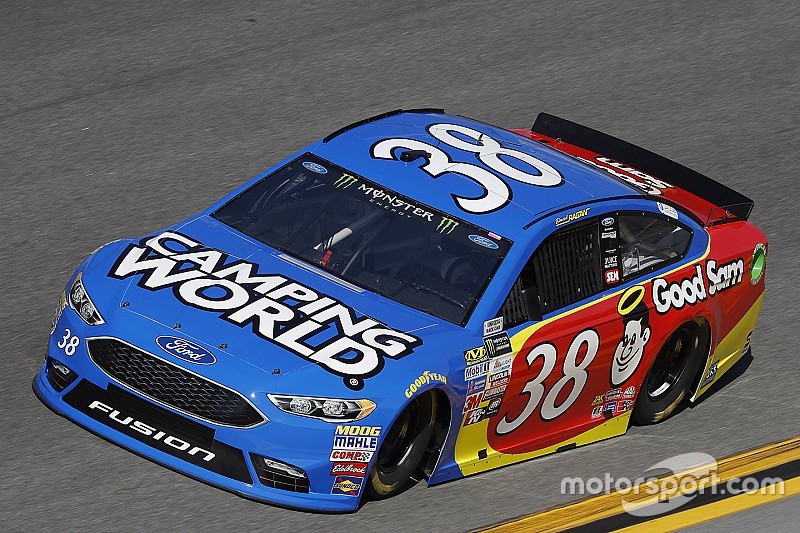 David Ragan had only been gone from Front Row Motorsports for about two years, but when he returned in the offseason, he found a much different – and better – organization.

The changes should be very visible to fans this season in the Monster Energy NASCAR Cup Series, from better performance on the track to the addition of several new sponsors on the team’s cars this season.

“Absolutely. Yes, this is a very different Front Row team than I was a part of in 2012, 2013 and 2014. They have a great engineering relationship with Roush Fenway Racing. So, the better decisions that Roush make will certainly trickle down and help Front Row Motorsports,” said Ragan, who spent last season with BK Racing.

“We’ve got some very, very good partners that are Fortune 500 companies that we have multi-year agreements with Front Row Motorsports – Love Travel Stops, CSX, and the addition of Camping World for a lot of races this season. That’s a lot of momentum for a small team.”

Additional sponsorship on the horizon

Even more is on the way.

Motorsport.com has learned the organization has acquired additional sponsorship for the season, which will be announced in the coming weeks.

“We’re still a growing team, but we’ve got a lot of successes to brag about, both on and off the track,” team owner Bob Jenkins said in a statement. “I’m glad companies are seeing that and wanting to partner with us.”

Before the most recent sponsorship announcements, FRM already had more race inventory sold than in any previous year of its existence.

While FRM is a relatively young organization when compared to the likes of Hendrick Motorsports, Richard Childress Racing or Team Penske, Ragan said it has done a lot of growing up of late.

“Bob Jenkins is a very conservative and easy-going guy. He’s made some good decisions from ownership and it’s the reason why I’m back,” he said. “I felt at home with them and think that I can enjoy the team and feel proud for what I stand for and what the team stands for.

“From a competition side our cars are better. We have a better engineering (program) with our Roush Fenway alliance. From a sponsorship side, we have more partners – the races sold on both Landon’s and mine’s car – more than they’ve ever had.”

“I’m generally excited about the Daytona 500, Atlanta, Las Vegas – these first four or five races – and trying to help make Front Row make that next step and winning another race and make another playoff,” he said.

Landon Cassill, who begins his second season with Front Row, said the true sign of the organization’s improvement will be consistent performances week-in and week-out.

“We still need those flashes – putting in a top-10 performance or competing for a win at a superspeedway – but that consistency needs to show when we go from a 29th place car to a 19th place car,” Cassill said.

“You look at the numbers, it’s hard to tell with new race format, but if you have 15th to 19th-place speed and you make minimal mistakes, you’re going to be very close to making the playoffs even if you don’t have a win.

“That’s what this team, I feel like, is building toward.”