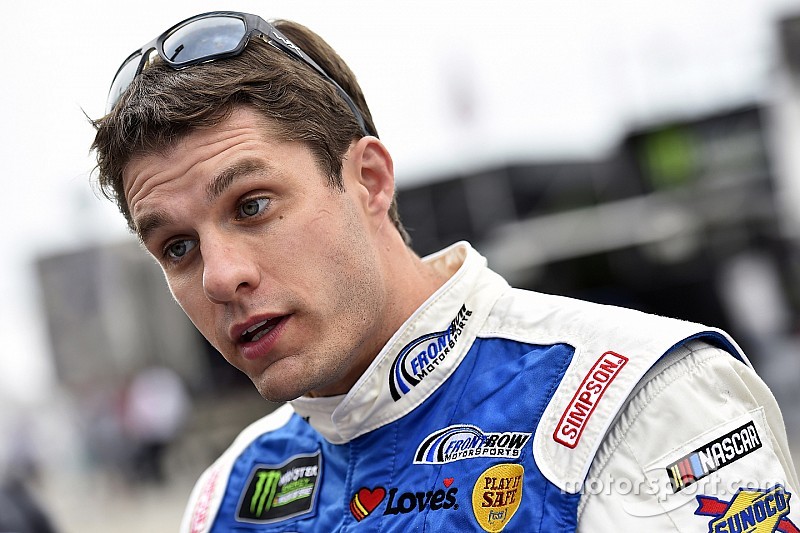 Ragan posted his fastest of 12 laps in a 10-car draft in the second half of the session.

Johnson and Paul Menard both had an opportunity to shake down their back up cars during the 55-minute session on Friday. Johnson was involved in a three-car accident after David Ragan tagged the No. 48 Lowe’s machine. Johnson then tagged Ryan Blaney, who slammed into the wall.

The No. 21 Wood Brothers team elected to concentrate on the back-up and wait to practice on Saturday.

“The car suffered damage on both sides,” said crew chief Jeremy Bullins. “If it had just been one side we could have fixed it but we would have spent most of our time getting ready for the 500 fixing the damage.

“Our backup car is a brand new car and we felt like that our best odds to getting back to the front of this thing was to use that car."

Eighteen minutes into practice, NASCAR called a caution for debris on pit road after a brake rotor burst on Brad Keselowski’s car. Johnson, along with his Hendrick Motorsports teammates Dale Earnhardt Jr., Kasey Kahne and Chase Elliott participated in drafting practice with fellow Chevy drivers Newman and Menard. After Aric Almirola joined the pack, he shot to the top of the leader board with a speed of 194.032mph — the best lap of the seven drivers.

Earnhardt Jr., was sixth quick overall with a lap of 194.586mph. Menard, Almirola, Cassill and DeBenedetto rounded out the top 10 speeds. Twenty-one drivers participated in the practice.