Denny Hamlin is confident he can win with everything on the line this Sunday. Why? Because he just did it less than a week ago. 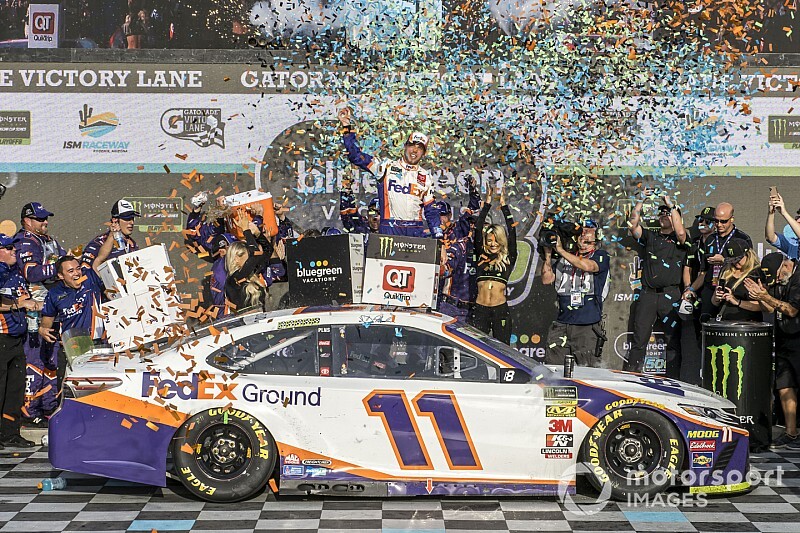 “We already won Homestead. We won Homestead last week. That was our win-or-go-home race. We performed at an incredibly high level,” Denny Hamlin said Thursday at Championship 4 Media Day.

“We have now a free weekend to go out there and have fun and keep doing what we’ve been doing. We’ll have a chance by the end of the night because we have all year long as long as we do the same thing.”

At Texas two weeks ago, Hamlin spun and wrecked in the infield which ended with a 28th-place finish, leaving him in fifth place in the playoff stands, 20 points behind Joey Logano.

With just one race to make up the deficit, Hamlin was basically in a win-or-go-home scenario and he won – big. He led 143 of the 312 laps and held off his Joe Gibbs Racing teammate, Kyle Busch, in a late-race 3-lap dash to the finish.

“I was pretty down after Texas. I knew it was on me. I’ve been eliminated from the playoffs many, many ways. The craziest (stuff) has happened to me to keep me from winning championships,” Hamlin, 38, said.

“Texas was on me. I was going to hate that I was going to be responsible for ending our chance at a championship. Still didn’t mean our year wasn’t a success, but it was really going to be a bummer to not make it because I knew I was the one that was behind the wheel on that one.”

Championship or not on Sunday, Hamlin has already judged the 2019 season a success and with good reason.

He began the year coming off the first winless season of his NASCAR Cup Series career but kicked off 2019 by winning the Daytona 500 for the second time.

Entering Sunday’s season finale, he has six wins (the second-most in a season in his career), 19 top-five and 23 top-10 finishes (both career bests) and won three poles.

Earning the right to be one of four drivers competing for the series championship in this format, Hamlin believes, is an accomplishment as important as winning the title itself.

“I think one race, winner take all, anything can happen. I mean, if you have a mechanical failure on Lap 25, does that mean you’re not good enough? You made the final four,” he said.

“Making the final four is the culmination of your whole year. That is what deems your year a success. You made it to Homestead. Every single driver here will tell you that.

“No one is going to discount their year based off of the outcome on this weekend.”