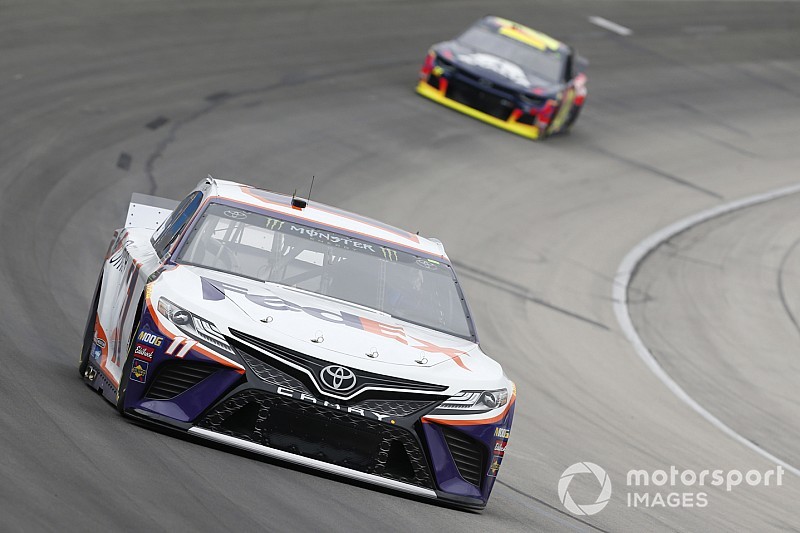 Denny Hamlin led the way in Saturday’s final NASCAR Cup Series practice session at Texas, the final minutes of which turned into a mini-race.

For the final 15 minutes or so of the session, drivers appeared far more comfortable running in a pack, which looked much more like a race than a typical practice session.

“I got to thank Matt McCall and everyone on this No. 1 car – every Saturday is better than our Fridays,” Kurt Busch said. “The track compound is coming in as more cars run in it and (Turns) 3 and 4 are just wide-open. I think the race will be run in Turns 1 and 2.”

Johnson had the fastest average lap speed (184.366) among those driver who ran at least 10 consecutive laps. Kurt Busch and Larson were second and third, respectively, in that category.

Three minutes into the session a caution was displayed for fluid on the backstretch. The fluid may have been from the power steering from Alex Bowman’s No. 88 Chevrolet.

Erik Jones had to sit out the final 15 minutes of the session after his No. 20 Toyota failed pre-qualifying inspection twice on Friday.