Denny Hamlin said he couldn’t wait to get to Martinsville (Va.) Speedway and on Saturday he showed why. 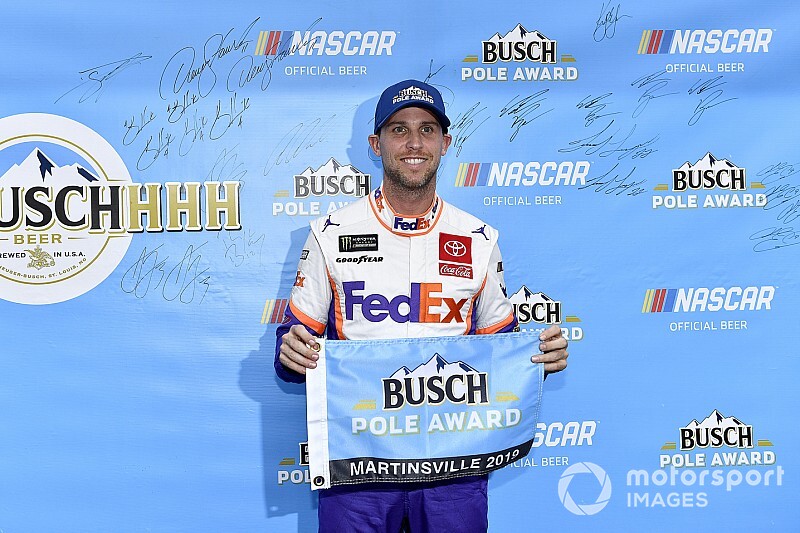 Hamlin’s average lap speed of 97.840 mph in Saturday’s qualifying session was enough to hold off Chase Elliott to win the pole for Sunday’s First Data 500.

The pole is his third of the 2019 Cup Series season and 33rd of his career. It’s also his fourth pole at Martinsville but first since the 2013 season.

“I did an OK job but this car has been good all weekend so far,” said Hamlin, who won last weekend at Kansas Speedway. “It was pretty fast in practice.

“The feel hasn’t always been great but it’s hard pretty decent speed. I’m pretty happy with it and look forward to 500 more laps of this on Sunday.”

Elliott (97.694 mph) will officially share the front row with Hamlin but will have to start the race from the rear of the field after his team made an engine change in his No. 9 Chevrolet earlier Saturday.

Matt Tifft to remain out while seeking medical consultations