Despite setback Jimmie Johnson plans to 'fight for every point'

Jimmie Johnson is down following a terrible race at Michigan but doesn’t believe he’s out – at least not yet. 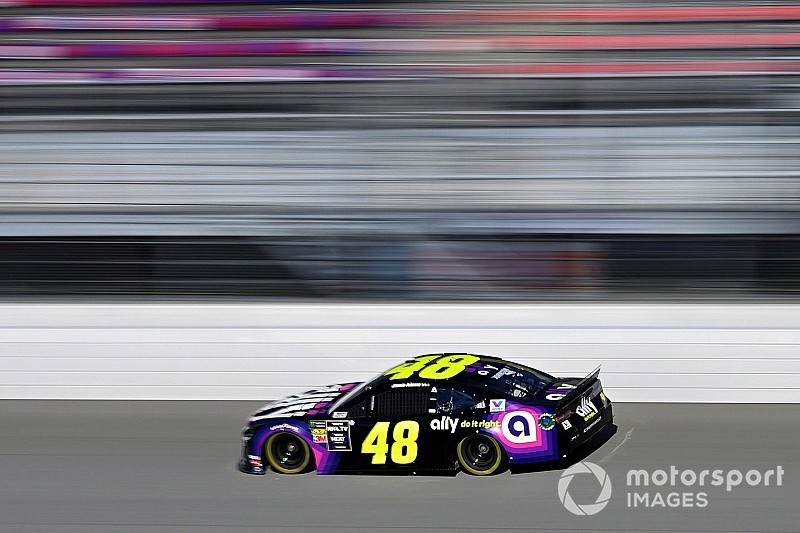 Just 15 laps into the race, Johnson hit the wall off Turn 2, doing considerable damage to his No. 48 Hendrick Motorsports Chevrolet.

“The right side tires went into the PJ1 (track compound) and as soon as I got my tires in it, I went straight into the wall,” Johnson said. “When you’re aggressive, it doesn’t work and then sometimes you’re cautious and it doesn’t work.

With the damage, Johnson dug an early hole and continued to have problems throughout the race. He ended up finishing 34th, eight laps down.

“It’s super disappointing. It’s a little easier when it’s not on you and you can call it a mechanical or a flat or get caught up in a wreck,” Johnson said. “But, I’m behind the wheel and I’m the one that got us in the fence.”

Three races remain for drivers to qualify for the playoffs, with the next stop Saturday night at Bristol (Tenn.) Motor Speedway.

Asked about his attitude approaching those races, Johnson said, “To just fight hard for every point. The guys around that cut-off point, all seem to be having bad luck. If one of us could just string together some good races and get in the clear and get away.

“I think that’s what (William Byron) has been able to do is just have some good, consistent races and built a nice gap. You’ve just got to keep fighting for every point.”

Rodney Childers cashed in on second chance at Michigan win