DiBenedetto: "We have been contending like a playoff car" 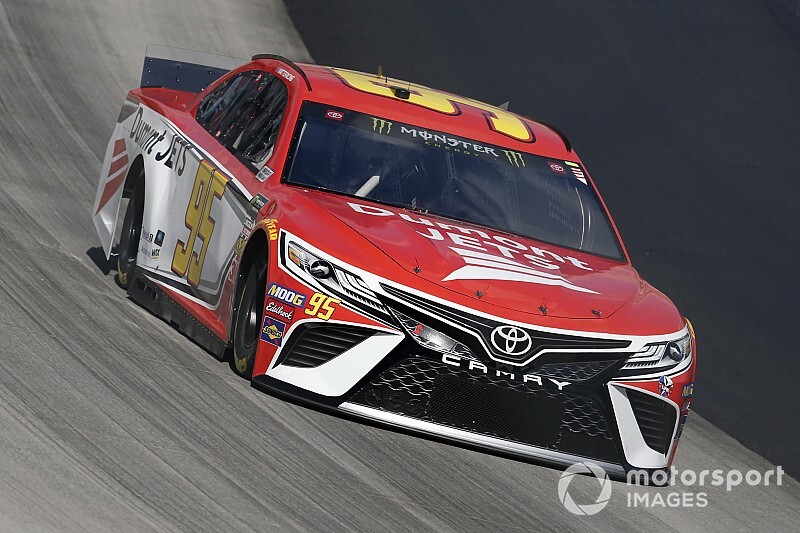 DiBenedetto gutted out a seventh-place performance Sunday at Dover (Del.) International Speedway, and all six drivers ahead of him in the final results are competing in the playoffs.

It wasn’t an easy task as DiBenedetto and his No. 95 Toyota started 20th and he didn’t crack the top-10 at the end of either of the first two stages.

“All day, inching forward. Very little by little. That was the team, just so you know - (Mike Wheeler, crew chief) and my whole group, pit crew, everybody, making really good adjustments,” DiBenedetto said describing his day at Dover.

“It took a lot of discipline. The car was really fast. Even faster than seventh-place, but you get in situations with the dirty air and with the high downforce it was a lot harder to pass. The fastest drivers had to be a lot more disciplined.

“You had to stay behind them and not abuse your stuff and wait for traffic or situations to pounce.”

It was the seventh top-10 finish of the season for DiBenedetto, who will move to Wood Brothers Racing in the 2020 season to drive the iconic No. 21 Ford.

DiBenedetto’s finish inched the No. 95 team closer to the top-20 in points. After falling to a season-low 26th in June, they have slowing climbed up the standings as DiBenedetto’s performances have improved.

With six races remaining in the 2019 season, DiBenedetto now sits 21st in points and well within striking distance of cracking the top before season’s end (he trails 20th place Chris Buescher by 14 points).

“I love working with this team. They are such good people. I’m so appreciative to work with them. I’m so glad this whole second half of the season has really turned around where we have been knocking off a bunch of top-10’s, so it’s really important to us,” DiBenedetto said.

“We’re trying to get in the top-20 in points. We’ve been climbing up big time the second half of the year running where we probably deserved to run. I hate that we aren’t in the Playoffs, because we have been contending like a Playoff car.

“But it is what it is. I’m just thankful we’ve had some good solid runs.”

How one win has made Kyle Larson a 2019 title contender