Dick Trickle ended his own life at the age of 71

The native of Wisconsin was one of the best drivers on the short-tracks, and he proved that many times in not only a NASCAR race but on the dirt tracks also.

Dick Trickle died today, Thursday May 16th at a local cemetery in Boger City, North Carolina. The retired NASCSAR driver who made the news for his talent on the short tracks and for his personality. His passion was being at a race track.

From 1967 to 1972, Trickle was the one to beat on the stock car racing short-tracks; he was known as the "White Knight''. After his retirement, Trickle did attend events.

According the Lincoln County Sheriff Department, the self-inflicted gunshot occurred at 12:02 p.m. EDT at the Forest Lawn Cemetery. No other details have been released. 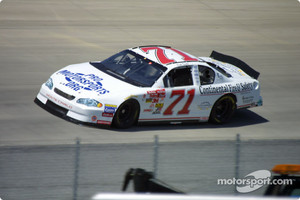 "He meant a lot to the local short track racers. Kind of more the Midwest style of racing, which was track by track when NASCAR was more of a regional Southern sport before it had developed to the national platform it is now. He was the superstar of that style,” Brad Keselowski.

"It is very sad to see him go, and obviously difficult with the way it went,” added the 2012 champion.

This weekend is the All-Star race in Charlotte, N.C. and back when Trickle was racing, his one and only NASCAR victory in 1990 came at Charlotte Motor Speedway in the predecessor event known as the Winston Open.

"Our thoughts and prayers go out to the family and friends of Dick Trickle on his passing today," NASCAR Chairman and CEO Brian France said in a statement. "Dick was a legend in the short-track racing community, particularly in his home state of Wisconsin, and he was a true fan favorite. Personalities like Dick Trickle helped shape our sport. He will be missed."