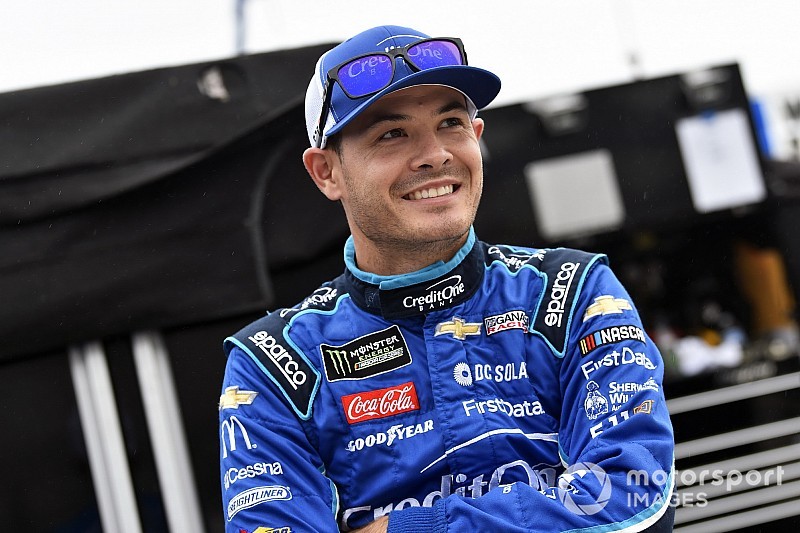 The British reporter spent time with fans, a NASCAR broadcasting legend from MRN Radio Joe Moore, as well as Larson before the final event of the 36-race NASCAR Cup Series season.

Larson, who drives the No. 42 Chevrolet for Chip Ganassi Racing in the Monster Energy NASCAR Cup Series, has three top-five finishes in six starts at the 1.5-mile track and finished 13th in the 2018 season finale which helped him finish ninth in the final points standings.

Here is Nicki spending time with some fans on pit road prior to the race:

And talking with NASCAR broadcaster Joe Moore before he finishes his 35-year career calling his last NASCAR race for the Motor Racing Network.

Bowman ready for "reset" in 2019, including new paint scheme