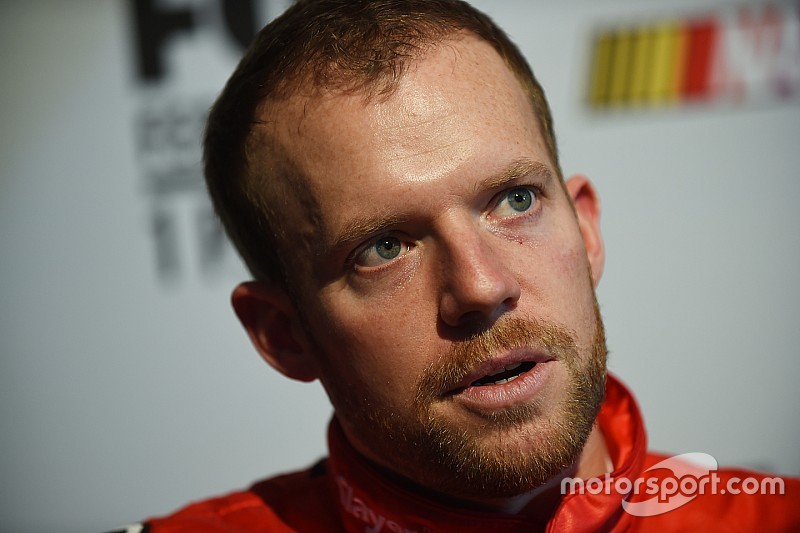 Aric Almirola will miss several weeks of the Monster Energy NASCAR Cup Series season after suffering a compression fracture of his T5 vertebra in a wreck Saturday night at Kansas Speedway.

Richard Petty Motorsports announced Wednesday Regan Smith as the fill-in driver for Almirola in the team’s No. 43 Ford for this weekend’s All-Star Race events at Charlotte Motor Speedway.

Further information on Almirola’s condition and who will drive the No. 43 for additional races this season will be provided at a news conference Friday morning at Charlotte Motor Speedway.

Smith has been driving a partial schedule this season in the Camping World Truck Series for Ricky Benton Racing. His best finish so far was sixth in the season opener at Daytona.

Smith, who ran in the Cup series last season with Tommy Baldwin Racing, has one career Cup win, at Darlington, S.C., in 2011 with Furniture Row Racing.

On Lap 200 of 267 Saturday night at Kansas, Joey Logano had a right-front brake rotor break entering Turn 1 and turned right into Danica Patrick. The two cars exploded into flames as they hit the wall and Almirola plowed into the melee with such impact that it lifted the rear wheels of his car off the ground (WATCH HERE).

NASCAR red-flagged the race for nearly 30 minutes as track safety workers cut the roof off of the No. 43 Ford, removed Almirola from the car and placed him on a backboard and stretcher.

Almirola, 33, was complaining of back pain following the accident. He was immediately air-lifted to the University of Kansas Medical Center where he was diagnosed with the fractured vertebra and held overnight before returning to the Charlotte area on Sunday.

He saw specialists in the Charlotte area earlier this week as part of his follow-up care.

Almirola is currently 23rd in series points with two top-five and three top-10 finishes this season. He also won the Xfinity Series race at Talladega, Ala., earlier this month.