ECR, you have some explaining to do 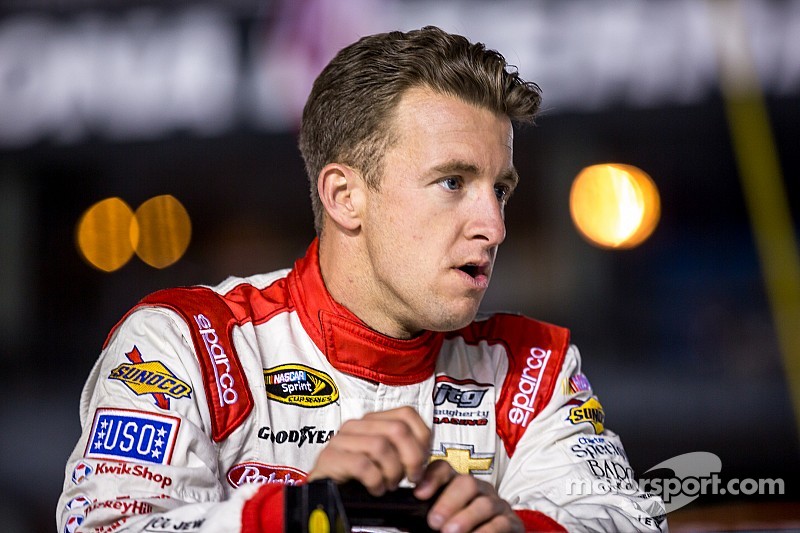 AJ Allmendinger has engine woes for the third-straight week, Austin Dillon joins him on the sidelines.

MARTINSVILLE, Va. – For the last three weeks, the No. 47 JTG Daugherty Racing team has been plagued with mechanical issues – and Sunday at Martinsville Speedway was no exception.

On March 14, at Phoenix International Raceway, the temperatures exceeding the comfort zone on the Earnhardt Childress Racing engine. As a precautionary measure, the team elected to change engines. AJ Allmendinger was forced to start from the rear of the field but fought back to a 17th-place finish to maintain fifth in the point standings.

But after last week’s issue at Auto Club Speedway, where Allmendinger came to the pits in the middle of the race for the team to change a plug wire and never recovered (he finished 34th) and this week’s oil leak, which forced the No. 47 Bush’s Beans Chevy to the garage on Lap 177 and 43rd position, something is amiss with this crew.

Out of the gate fast

Allmendinger started 10th on Sunday and ran in the top 10 for most of the first 160 laps until his pit crew had a tire violation on Lap 165. The cockpit of the No. 47 car filled with smoke and the comedy of errors began.

There were a lot of guys already starting to wreck out there, so I was just trying to keep the car clean for the first 400 laps.

“Motor issues of some sort, I’m not sure what the exact problem is with the motor,” Allmendinger said. “We had a fast Bush’s Beans Chevy just trying to be patient. There were a lot of guys already starting to wreck out there, so I was just trying to keep the car clean for the first 400 laps.  We needed to work on it a little bit to be up there with the top three or four guys, but I felt like the car was pretty strong.

“I noticed some smoke start rolling in the car and I could see it start out of the back of the car.  I think when that was happening there had to be stuff starting to get on the tires and stuff.  I just started losing speed and then by that point it was smoking so bad they black flagged me, which they probably should have.  Nobody could see behind me.”

Allmendinger was not alone. Austin Dillon’s day went up in smoke on Lap 330 – from the pits all the way into the garage. While JTGD shares a technical alliance with Richard Childress Racing, Dillon, who is Childress' grandson, did not hold back in his disappointment of the situation.

We just have to do a better job of going through our procedures at ECR right now.

“Yeah, it is a motor issue.  I think the same thing as the No. 47,” Dillon. “We just have to do a better job of going through our procedures at ECR (Earnhardt Childress Racing) right now.  We have some power, but we are not finishing races.”

Although Dillon’s DNF was blamed on “electrical”, his problems started with a loose condition which was compounded by an oil leak. His 41st-place finish at Martinsville was his career-worst Cup result.

“I just started getting wicked loose and that was from the oil dropping on the right rear tire, and just had no grip because the oil was everywhere,” Dillon said. “I hate it because we were going to have a good day.  We were up to 13th.  We battled back; we had one bad set of tires.  Got our lap back and battled back up through there and then there she went.”

With a little luck, Danica Patrick survives carnage and finishes seventh at Martinsville