Erik Jones: New contract with JGR not on "forefront of my plate" 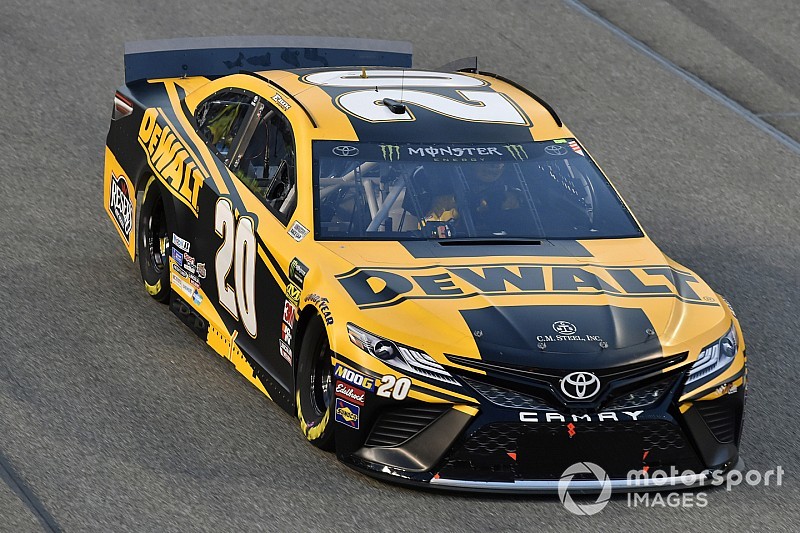 Erik Jones expects to sign a contract extension with Joe Gibbs Racing and isn’t concerned with others who may think otherwise.

With Christopher Bell in his second fulltime season in the NASCAR Xfinity Series with JGR and presumably ready to move to the Cup Series, speculation has run rampant on where he would go in 2020.

Would Bell take one of the four spots at JGR or move to Leavine Family Racing, the only other Toyota-supported organization that has a technical alliance with JGR.

Of course, were Bell to move to JGR, one of its current drivers would need to leave and Jones has become the choice for driver most likely to depart simply because he is in the final year of his current contract.

Asked Friday at Talladgea (Ala.) Superspeedway, if he expected to return to JGR’s No. 20 team next season, Jones said, “Yes, I expect to. We’re working through it still right now. It’s just early. It’s early in the season to get everything really ironed out,” he said.

“It’s not in the forefront of my plate, for sure. I’ve got good people working on it from my group and good people from JGR as well. We’ve had good talks with them and I think we’re moving in a good direction. Hopefully in the future here soon, we’ll have something to announce.”

Asked if anticipated still being at JGR in 2020 rather than with a satellite team, he said, “Yes, same place.”

Jones, 22, is currently 17th in the Cup Series standings and the only driver at JGR without a victory so far this season. Kyle Busch, Denny Hamlin and Martin Truex Jr. have combined to win six races.

He and his No. 20 Toyota have been in the mix for the win in several races this season but a variety of circumstances have taken them out of contention.

Jones said he isn’t going fixate on fans and media speculating about his job.

“It’s racing. It’s happened in the past with different drivers and it’s going to happen more in the future,” he said. “It’s easy to speculate.

“As long as you know on the inside where you’re heading and you’re comfortable with it, there’s no reason why it should make you uncomfortable.”