Erik Jones: “We had some luck today” to finish third at Pocono 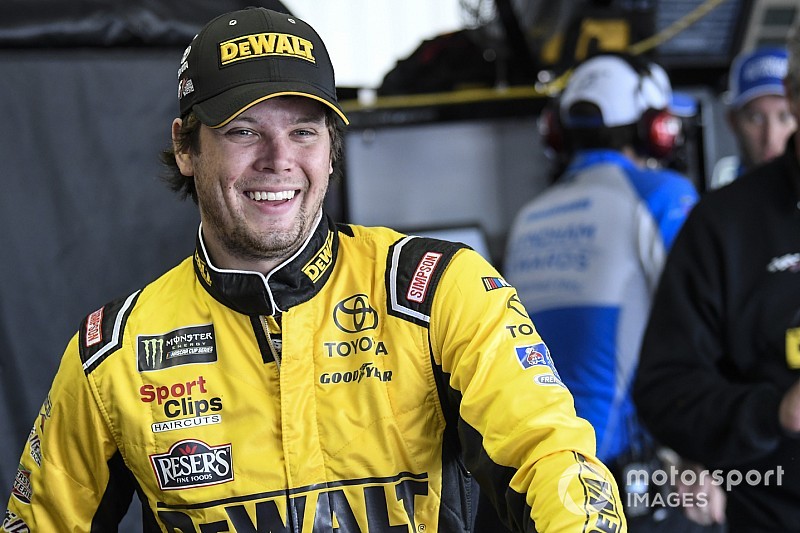 Erik Jones rebounded from a 40th-place finish last weekend at Charlotte to finish third Sunday at Pocono Raceway, tying for his best finish of the season.

After cutting a tire and crashing out early at Charlotte, Jones was able to come back and help Joe Gibbs Racing claim two of the top three positions as teammate Kyle Busch earned his fourth win of the season.

“I wish we could’ve had a good run last week, but we’ve just got fast cars,” said Jones after coming home third for the third time this season. “I mean it shows each week. One of us it seems like is winning and I wish it was us. We need to keep doing this.

“We need to keep running well and having days where there’s nothing crazy happening, nothing outstanding, we’re just going up and doing what we’re doing. If we keep running in these spots, the wins will come.”

Jones had speed from the time his team unloaded his Toyota and that allowed him to use pit strategy late in the race to finish with a top-five showing at the ‘Tricky Triangle’.

“The DeWalt Camry was fast all weekend really,” Jones added. “From the time we unloaded, to qualifying and the race. Chris (Gayle, crew chief) did a good job strategy-wise keeping us where we needed to be – in clean air and up front.

“It worked out with a good finish. I wish it was more, but it’s good to get back on track after last week.”

Jones felt his car was good enough to challenge for the win with Busch, but it came down to who had the best tires for the final run in the 400-mile event.

“I think Kyle and I on four tires, if we were both on four tires would have been pretty even, but he had an advantage on tires there at the end,” said Jones. “We needed some track position so we had to take two, and had it stayed green, we were going to run second, and we ended up third.

“It would have really had to be a perfect scenario for us to win today, but we had a good car.”

Larson: "I’ve just got to be smarter" after strong run unravels

Hybrids in NASCAR “a matter of when, not if” says Ford chief