Erik Jones: "It's a bummer" to come so close to another win 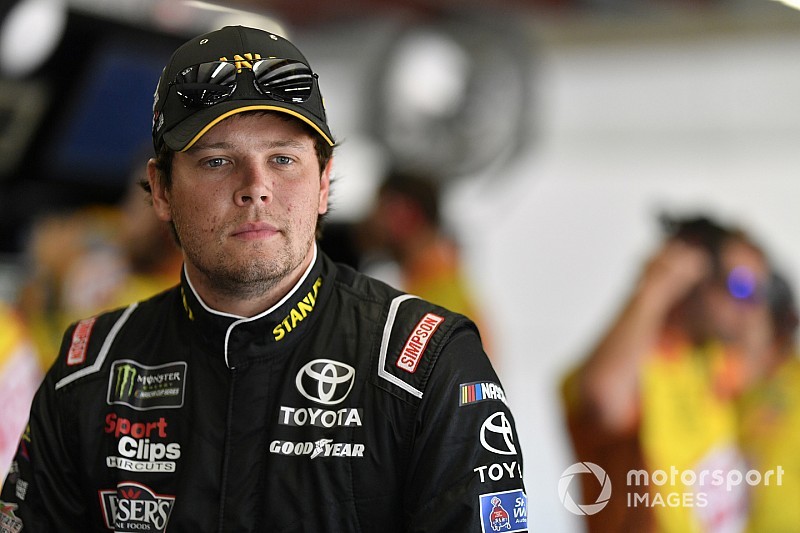 Late cautions end strategy for Erik Jones and his team to stretch fuel and score his first NASCAR Cup Series win of the year.

After being on the outside looking in for a playoff berth after finishing 23rd at Daytona earlier this month, Jones has now earned three straight top-three finishes and nearly pulled off a win Sunday at Pocono Raceway.

Jones, and several other drivers decided to try and stretch fuel late in the race before a couple of late cautions sent the race into a two-lap overtime forced him and his team to change strategy.

Fuel saving is not Jones’ favorite way to race.

“It's always a challenge,” said Jones. “Probably my least part of racing at times, is just having to save fuel. Our opportunity to win when we were going green was to make it to the end. It would have been really tight.

“Those guys kind of gave up saving there. We were hoping it was going to stay green.”

Despite the race forcing him to race differently, Jones felt he had a car late in the event to contend for the win after the team battled their set up at the beginning of the 400-mile race.

“(I) had a couple good opportunities on the restarts,” said Jones. “We were there all day, second half of the day, we had problems at the start. Man, it's a bummer. We're close every week. Third, third, second. We're right there.

“We're doing great building points, but it would be great to knock a win out. We're just so close, it stings a little bit more when you get close to it.”

Jones, who finished third at Kentucky and New Hampshire before his runner-up finish Sunday, is happy he and his team are running well and gaining much-needed points to secure a playoff berth.

“It's a little bit of everything,” said Jones. “Honestly, we started the race so far off today, I wasn't sure how we were going to run. We were able to turn it around halfway, get back in contention. There at the end I wasn't sure how it was all going to play out. It was nice to get some good restarts.

“We just got to break through. Once we get that first one, I think we can click a few (wins) off here.”

Denny Hamlin hangs on for Pocono win in two-lap shootout