Every weekend has a day for fathers and sons

Generational Competition Began In Early Days Of The Sport’s History 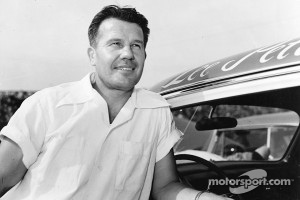 In 1958, Lee Petty became the first driver to win two NASCAR championships in two different divisions in the same year 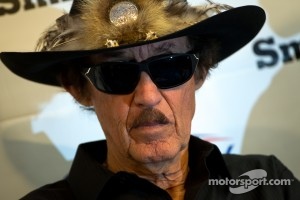 It’s a family sport where the love of racing (and talent) have been passed from generation to generation.

Richard Petty became the first son to win a NASCAR premier series race in which his father also ran. His first of a record 200 victories came on Feb. 28, 1960 at the Southern States Fairgrounds in Charlotte, N.C. The elder Petty, a NASCAR Hall of Famer like his son, won the pole but finished 20th.

Lee Petty, however, scored 16 victories competing against his son between 1958 and 1964. Richard Petty got the better of his father just five times.

Other fathers and sons who won races head-to-head in NASCAR’s premier series include Richard and Kyle Petty, Bobby and Davey Allison, Dale and Dale Earnhardt Jr., and Buck and Buddy Baker.

Baker, co-host of a show on SIRIUSXM NASCAR Radio, recalls the day he decided to follow in the footsteps of his two-time NASCAR Sprint Cup Series champion father. The elder Baker had just won the 1953 Southern 500 at Darlington Raceway. Children did not go to Victory Lane in those days and Baker, then 12-years old, watched the celebration from under the track’s flag stand.

“I thought maybe I’ll get the same opportunity someday,” said the younger Baker, who won the Southern 500 in 1970. He won one race in which he competed against his father, at Talladega Superspeedway in 1976.

“I thought it would be a great feeling but it wasn’t,” said Baker. “He was my hero growing up.” The elder Baker, then 57 and in his final year of competition, told him, “If it makes you feel any better, at my age I can still beat your butt.”

Dale Earnhardt Jr. is the only current NASCAR Sprint Cup Series driver to have traded victories with his NASCAR Hall of Fame father.

“He’s taught me a lot of things by watching him on the race track,” said Dale Jr. prior to making his first start against his father in a NASCAR Sprint Cup car at a non-points race in 1998 at Motegi, Japan. “But the things he taught me off the race track have profited me more than the things I have learned on it.”

Earnhardt Jr., whose grandfather Ralph also raced in NASCAR’s premier series, won a race his father was in for the first time at Texas Motor Speedway in 2000, the season before his father’s untimely passing in the 2001 Daytona 500. Coincidentally, Earnhardt Jr.’s last win came on Father’s Day, June 15, 2008, at Michigan International Speedway, site of this weekend’s Quicken Loans 400.

After claiming victory on that memorable day, an introspective Earnhardt Jr. said, "It's special. You know, my daddy, he meant a lot to me. There's a lot of people that I look up to that just happen to be great fathers themselves, role models for their sons. It means a lot to me to do well on Father's Day. It's a special day for my family, special for my sister. She's very, very happy at home and in tears on the telephone so it means a lot to her. I'm glad she's as happy as she could possibly be today under the circumstances. And it makes me feel good. I know I can't tell my father Happy Father's Day but I get the opportunity to wish it upon all of the other fathers out there, and I genuinely mean that when I say it, because that's what today is all about. It's for all of the fathers out there."

David Gilliland, who also competes in the NASCAR Sprint Cup Series, will induct his father, Butch Gilliland, into the West Coast Stock Car Hall of Fame on June 21 prior to the event at Sonoma, Calif. The elder Gilliland is a former NASCAR K&N Pro Series West champion.

“I was lucky to grow up in racing and really that’s all I’ve ever wanted to do from the first time I remember going to the race track, hanging on the fence and watching my dad,” said Gilliland, who ultimately became his father’s crew chief. “And then I got to be in the pits and work on his car and everything.

“It was special growing up with him in racing.”

The next wave of talent about to break into NASCAR’s national series includes a trio of competitors whose fathers long have been an integral part of the industry. Chase Elliott’s father, Bill Elliott, is a former NASCAR Sprint Cup Series champion. Corey LaJoie, a NASCAR K&N Pro Series East winner, learned at the knee of two-time NASCAR Nationwide Series champion Randy LaJoie. Ryan Blaney is the son of NASCAR Sprint Cup driver and open-wheel champion Dave Blaney.

Elliott, 16, was 6-years-old when the racing bug bit. He remembers some of his father’s major victories including the Brickyard 400 at the Indianapolis Motor Speedway.

“It was very cool to be part of that,” said the Hendrick Motorsports development driver. “He’s been pretty much at all my races and he spots for me in practice. I had a chance to race against him in the Denny Hamlin race in Richmond (in 2011) and he got caught up in a wreck on the first lap so we didn’t get a chance to race each other.”

The elder LaJoie, who manufactures seats found in many NASCAR cars, at first, discouraged his son from competing. “He actually tried to get me to become a golfer and not be a race car driver because he told me it would be hard,” said Corey LaJoie, 20.

“He got me a set of golf clubs but I never wanted to do it. I just wanted to get in a go-kart and go around in circles. A lot of stuff that’s ingrained in my brain is from him not going on to the Cup level on Sunday so he could stay back and teach me and my brother how to race."

Ryan Blaney, 18, won the NASCAR K&N Pro Series West season finale last November in Phoenix. He finished eighth in his NASCAR Nationwide Series debut last month at Richmond International Raceway and is the third generation of his family to compete in some type of motorsports.

“You’ve got so many people you can ask about what they see and they’ve got the racer’s intellect,” said Blaney. “It’s definitely a big help that I’ve got somebody that thinks like that and they’re really close to me that I can talk to them always.

“The only (disadvantage) would be not living up to what they’ve done already. If anything, that kind of motivates me to be better than they are and to achieve more.”