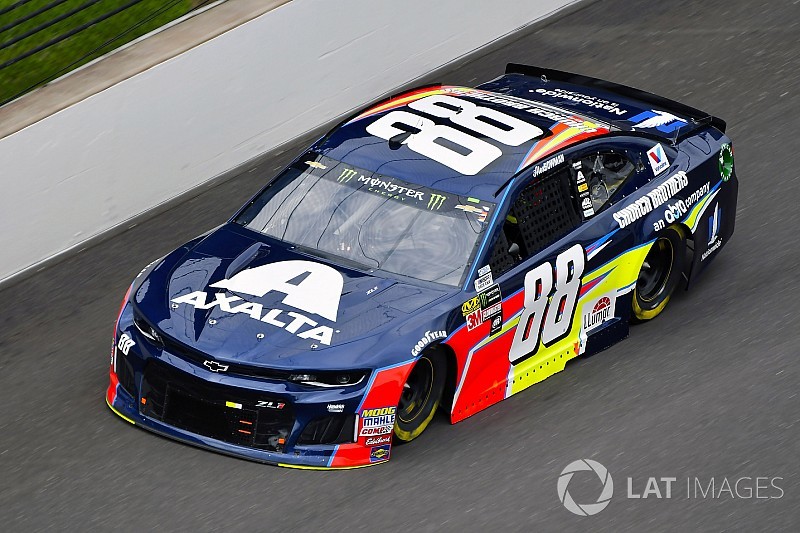 Alex Bowman entered the 2018 Monster Energy NASCAR Cup Series with everything he had hoped for – a top ride with a top team in NASCAR’s top division.

His full-time ride in Hendrick Motorsports’ No. 88 Chevrolet also came with a lot of extra scrutiny, which was probably expected, but some performance issues that likely weren’t.

It’s all added up for a challenging season for Bowman, one that he wouldn’t trade for anything and also one that now includes his first-ever appearance in the NASCAR playoffs.

“Just being a part of the playoffs is really cool,” Bowman said. “To come from where I was at in my career is so unattainable. Just driving for Hendrick Motorsports seemed unobtainable.

“But to make the playoffs in my first year back is really cool. It’s a special thing to be a part of.”

Bowman was tapped by HMS owner Rick Hendrick last year with the exciting and daunting task of taking over the ride of NASCAR’s most popular driver, Dale Earnhardt Jr., after he informed his team that he would no longer be a fulltime competitor in NASCAR beginning in 2018.

The choice of Bowman was not necessarily surprising – he had done a solid job filling in for Earnhardt in 2016 when Earnhardt missed nearly a half of the season while recovering from concussion symptoms.

Bowman, 25, picked up a confidence builder last fall when he entered the Xfinity Series race at Charlotte Motor Speedway with Chip Ganassi Racing and won – one of only three NASCAR events in which he participated in the 2017 season.

Taking over the Cup ride – car number, sponsors and all – from Earnhardt put Bowman in a spotlight that may not always be favorable.

The first order of business has been for Bowman to make clear his role is not to take the place of Earnhardt, who remains a day-to-day fixture in NASCAR working with the NBC Sports broadcast team.

“To be honest with you, I’m not really trying to fill Dale’s shoes. Dale is still around. He is not even driving a race car and he’s still more popular than all of us that are driving race cars,” Bowman said.

Making the most of his opportunity this season has been a challenge from the beginning.

Bowman got off to a great start by winning the pole for the season-opening Daytona 500 but it wasn’t until the race in April at Bristol (Tenn.) Motor Speedway that Bowman earned his first top-10 finish, a fifth-place effort.

He was not the only HMS driver having difficulty on the performance side.

In the offseason, Chevrolet teams had changed to a new model in the Cup series, going to the Camaro over the Chevy SS.

While Austin Dillon won the 500 in a Chevy, once the series moved to the downforce tracks that make up the vast majority of the schedule, Chevy teams – including HMS – began having difficulty keeping pace with Ford and Toyota.

In fact, HMS was mired in a 37-race winless streak dating back to last season until teammate Chase Elliott’s victory at Watkins Glen (N.Y.) International on Aug. 5.

The performance issues were especially difficult for Bowman, a young driver just starting out with his first stint at a top organization. If anything, he desperately wanted to prove his value to the Hendrick organization and reward them with strong runs for the faith that had put in him.

“For me personally, you get ready for 2018, you are so pumped, you are so ready to go and it gets here and we show up in Atlanta and we realize we are pretty far off of where we need to be,” Bowman explained.

“That was kind of a big eye-opening experience for all four of us, I think. For me personally, I feel like I have pretty consistently run right with my teammates. I feel like (Elliott) has been the best of us pretty consistently, but the other three of us you can kind of throw a blanket over us most of the time.

“I think if that wasn’t the case I would be a little more worried about it and a little more frustrated. While I want to be winning races right now and be locked into the playoffs and all that, the year still hasn’t gone terribly.”

For one, in early August sponsor Nationwide agreed to a two-year contract extension with HMS and the No. 88 team and increased the number of races in which it would serve as a primary sponsor.

At the same time, HMS gave Bowman a one year contract extension so that his current deal will match that of his sponsor, through the 2020 season.

“It gives me a lot of confidence moving forward that Hendrick and Nationwide both have a lot of faith in me to support me like that,” Bowman said. “My career has kind of come a long way and had a lot of ups and downs. So, to have some security in that means a lot to me.”

The on-track performance for Bowman and HMS improved as the season has drawn closer to the playoffs.