Eye in the Sky: Tony Raines calls Kurt Busch back to Victory Lane 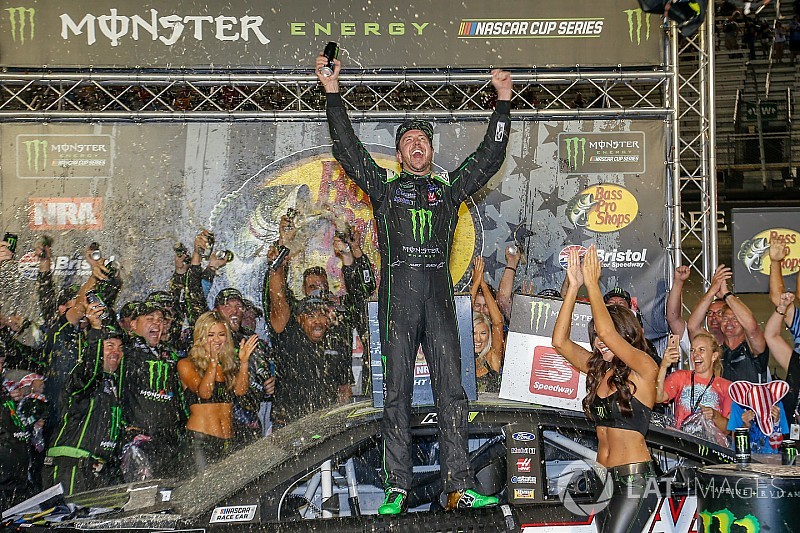 This week, Motorsport.com caught up with former racer and veteran spotter Tony Raines, who moved over to spotting for Kurt Busch last year and the duo quickly achieved success winning the Daytona 500. The duo celebrated another victory nearly two weeks ago when Busch picked up his first of the season at Bristol (Tenn.) Motor Speedway.

Raines enjoyed a 14-year career making over 500 starts in all three NASCAR national series and now works as a spotter like several other former NASCAR drivers.

How long have you been spotting?

I’ve been spotting over the past five years. I spotted for Front Row Motorsports and Richard Petty Motorsports before moving over to Stewart-Haas Racing at the beginning of the 2017 season.

How did you team up with Kurt Busch and Stewart-Haas Racing?

Kurt used Rick Carelli for several years as a spotter before Carelli and Busch decided to make a change. You never want to be the one that replaces ‘The Guy’ but I did and we got off to a fast start.

Although it was our first race together, we got to work a couple of events in Daytona before the 500 and that helped have a crash course of working together so by the time we got to Sunday we had already worked several races together and I think that helped us.

I think having to adjust to different tracks each week because how you spot at a place like Daytona or Bristol is totally different. Some tracks things happen faster than you can share the information and at some tracks depth perception can be a challenge, too, even with binoculars.

You always want to be correct with the information you share with your driver.

Do you spot for anyone besides Kurt during a race weekend?

I also spot some for the No. 90 car that Mario Gosselin owns. He’s had different drivers in the car and this weekend he’ll have Brandon Brown in the car. Josh Williams has also been in the car this season.

How do you help keep your drivers calm during a race?

I just try to keep them calm in a situation. Kurt stays pretty focused but if I feel there is a situation that needs addressing I might touch base and say something to help him or any driver move on past it. Kurt is very aware of things around him and 99% of the time he already knows what he needs to do in a situation on the track. I just always try and help him and share any information that will be helpful to him in the race. I also sometimes might talk to the crew chief and let them know anything I’m noticing while in the spotter’s stand.

I think it does some for sure. If a driver is having a frustrating day I don’t need to remind them but if they are having a long day, I try to encourage them. Also if we have a race that has a long green flag run I will check in from time to time to make sure they remain focused and keep going as hard as they can.

Do you still get a sense of competitiveness in the spotter’s stand like you did driving a race car?

I do and I enjoy being a part of the team. I want to the team to be successful and always have the confidence and momentum each weekend. A good example was we ran sixth at Michigan and I told Kurt on the radio we’ll just top-10 them to death and he came on and said Bristol (would be) ours and he was right. I told him after the win the other week ‘You were right’.

He said before the race ‘Let’s win this for the team’ and he went out and did that and that’s bad ass. I enjoy going out and doing the best I can every week just like I did when I drove the car.

The days can be pretty long especially when you spot for other drivers in the Xfinity and Truck Series. The job can be very hot and long days and the travel can be challenging.