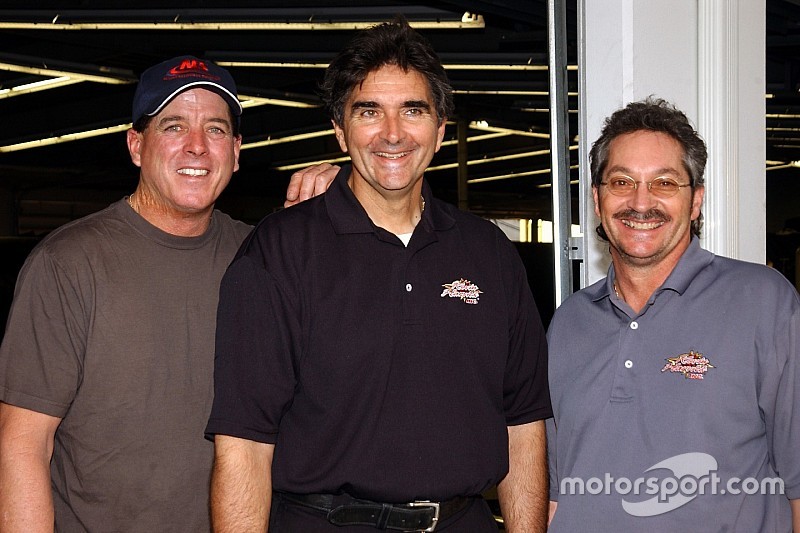 This week, Motorsport.com caught up with former racer and veteran spotter Rick Carelli. Known for his success in the early years of the NASCAR Camping World Truck Series, the Avada, Colo., native was in Daytona guiding Erik Jones to his first Cup Series win at Daytona International Speedway nearly two weeks ago.

Carelli made nearly 300 starts in various NASCAR series throughout his career highlighted by 134 starts in the Truck series winning four times and finishing a career-best sixth in the championship standings in 1995.

How did it come about for you to spot with Jones when he moved up to the Cup Series nearly two years ago?

I used to spot for Kurt Busch when he was at Furniture Row and went with him to Stewart-Haas when he moved there. I knew Joe (Garone) from when I worked there before and when Erik drove for the team last year some people came to me asking if I would like to spot for him.

What made you decide to go with Jones?

After watching Erik I knew he was a driver with a lot of raw talent that just had to harness that talent. Chris Gayle, his crew chief at Furniture Row and now at Joe Gibbs Racing, also talked to me about the job. Everyone there makes me feel like I’m part of the team and not just a set of eyes in the spotter’s stand. I really appreciate that a lot.

What was it like to score your first win with Jones at Daytona?

It was really special to be there when Erik won his first Cup race. He’s been through a lot off the track and to get your first win in always special. As I said, Jones has a lot of raw talent and once he learns how to harness it and get more experience I feel he’ll win a lot of races in his career.

How rewarding is it to work with Jones?

Obviously getting to Victory Lane with Erik was special and very rewarding. As a former driver I’ve enjoyed watching him progress as a driver on the track in the Cup Series the past year and a half. A good example of how far he has come is last year we struggled at Sonoma and when we went to Watkins Glen, even though they are two different courses, you could see him working hard to get better. To see his progression this year was rewarding and fun to watch someone grow right in front of your eyes.

I just want to always be sure I don’t make a mistake.You have to be on top of everything and keep your focus sharp - even on long days at the track. A spotter to me is like a tool in the tool box and I don’t want to be ‘that guy’ that costs us a chance at success. You have to constantly pay attention and be ready (on the roof).

Sometimes we just talk and point out the obvious and sometimes you just have to reset because the more you get frustrated trying to fix something, the worse it gets. I try to think back and talk him through situations. I also watch other drivers’ lines and see if there is something we can try that will help us at that time.

I feel I do at times, but also the sport has really changed since I last drove in competition. I had a bit of success at Phoenix and when Erik first started racing there he would go all out all of the time and I was able to walk him through some things that I felt helped him get better there. That was one situation where I felt like my experience as a driver helped him out.

Do you spot for anyone else?

I also spot the No. 18 car in the Xfinity Series for Joe Gibbs Racing no matter who drives the car. This is challenging and rewarding at the same time. I’ve spotted for veteran drivers like Kyle Busch who doesn’t need a whole of help to rookie and young drivers like Ryan Preece and Riley Herbst.

Do you miss driving?

I must say I still get goosebumps when the national anthem is being performed. In my mind I still feel like I can compete and the competitiveness is still with me at times. The sport has changed a bunch, but I’m with a great group of people who make me feel appreciated and a part of the team and that is good for me.