Fernando Alonso admits he was “very far away” from finding a good lap in his NASCAR try-out in Bahrain. 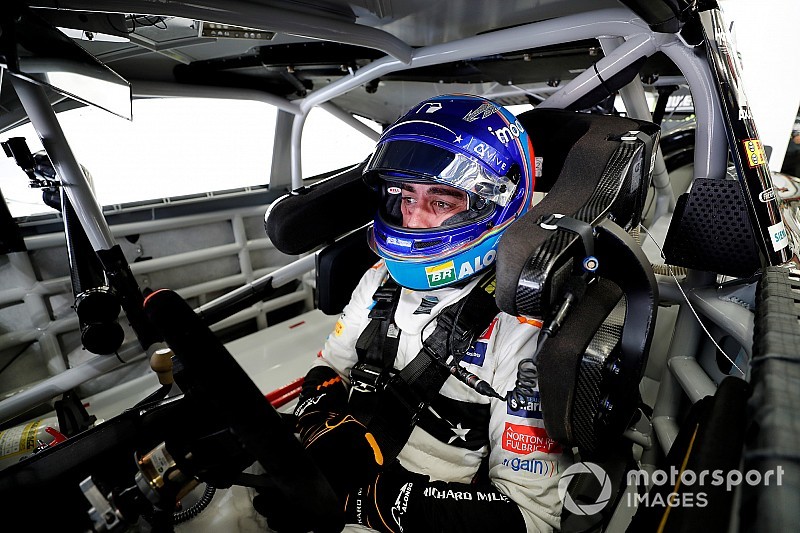 On a day when seven-time NASCAR champion Jimmie Johnson impressed in an F1 car during the JJxALO car swap organised by McLaren, Alonso says car characteristics and lack of tyre grip left him struggling to understand where the limit was.

“I think I was very far away from a very good lap,” explained Alonso. “Driving style, it was still not very clear to me what is the best way to perform a lap.

“I found a lot of problems on braking. The car has very poor retardation because of the weight of the car and the steel brakes. They behave very differently compared to the ones I am used to.

“And traction, these tyres with the amount of power that those cars have, it is very difficult to manage. So in first gear, second gear, third gear you are still spinning the tyres.

"I didn’t know if it was better to go full throttle and spin the tyres and really move forward or control with the throttle and maybe lose a little bit of performance on exit.

“So at the end, I think...it is not so clear for me even after one day what will be necessary on these cars.”

Johnson himself admitted that getting a first taste of a NASCAR on a circuit like Bahrain was probably not the ideal place to understand its performance.

“Yeah, he [Alonso] didn’t get a fair shake of experiences,” said Johnson. “Our cars are heavy and have a high rollcentre, so when you can put them on a banked track they have a chance to shine.

“Dover, Bristol, even some of the banked mile and halfs, it would really impress him.”

Alonso says the Bahrain test had left him unsure of how it would feel to drive a NASCAR on an oval – especially if there were other cars around him too.

“I told Jimmie before, that it is hard to imagine for me now, after the feeling I had today with the very low grip and with a lot of problems with traction, how these cars will feel on an oval race

“Obviously there are no more traction demands, you are just on the oval and keeping the average speed. So that is a very different way to drive the car.

“Maybe the slide is less but for longer in the corner, and maybe that is a different feeling. The stop and go circuit like Bahrain, I think it really hurt the philosophy of the NASCAR car.”

Asked if the NASCAR experience had left him eager to test again, Alonso said: “For now I think it is OK.

“These cars are made for oval racing, so they stow a lot of weight on the left of the car, even if they try to set up for a road course. Definitely if you try in oval racing maybe the perspective or how you feel the car will be different, but it is not planned yet.” 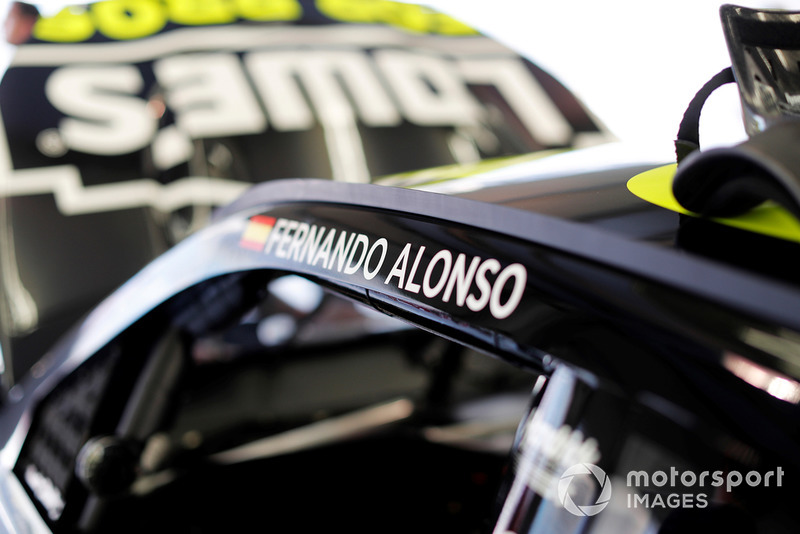 Name of Fernando Alonso on the NASCAR

Any NASCAR racing would be on 'one-off' basis

While Alonso has not ruled out a one-off appearance in a NASCAR race in the future, he says the lengthy calendar and different techniques needed to be quick on ovals mean that a full campaign is unlikely.

“I think most of the performance from these cars is made on the experience side - with following effects and driving techniques about pushing each other and things like that," he said.

“I think I am not up to speed on those kind of techniques, so it will require a lot of commitment. And obviously the calendar that they have is so intense. So maybe a one-off, one day, but not the full calendar.”