Take a look back at some of the most exciting finishes at Talladega Superspeedway since the turn of the century.

Listen to this article
5. 2003: Dale Earnhardt Jr. wins fourth in a row 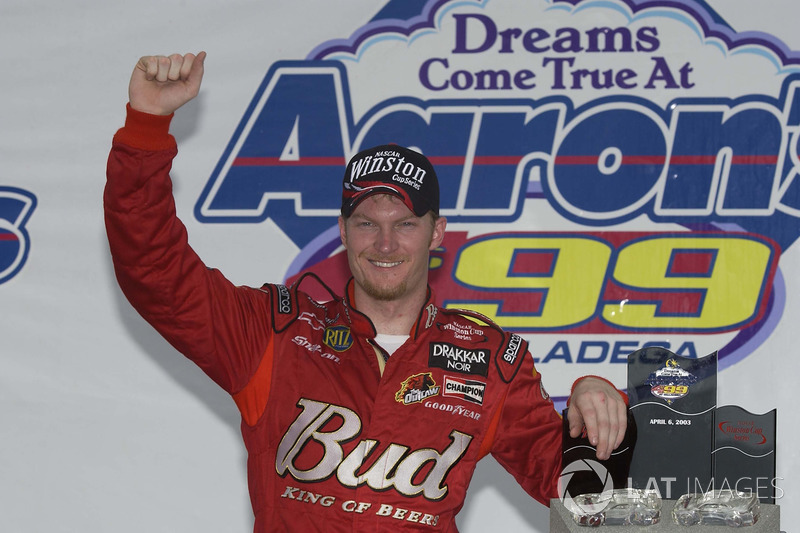 1/5
Dale Earnhardt Jr. celebrates in Victory Lane after becoming the first driver to win four NASCAR Cup Series races in a row at the unpredictable Talladega Superspeedway. Dale Jr. swept both races in 2002 and 2003, a feat no driver has come close to since.
4. 2010: Kevin Harvick edges Jamie McMurray 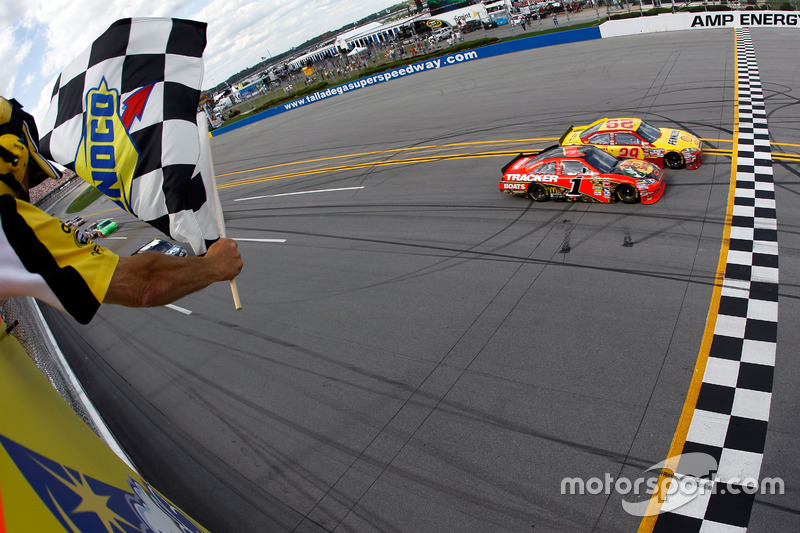 Talladega is known for close finishes and few were closer than Kevin Harvick cutting under Jamie McMurray in the tri-oval to win by just .011 seconds.
3. 2012: The Huge One 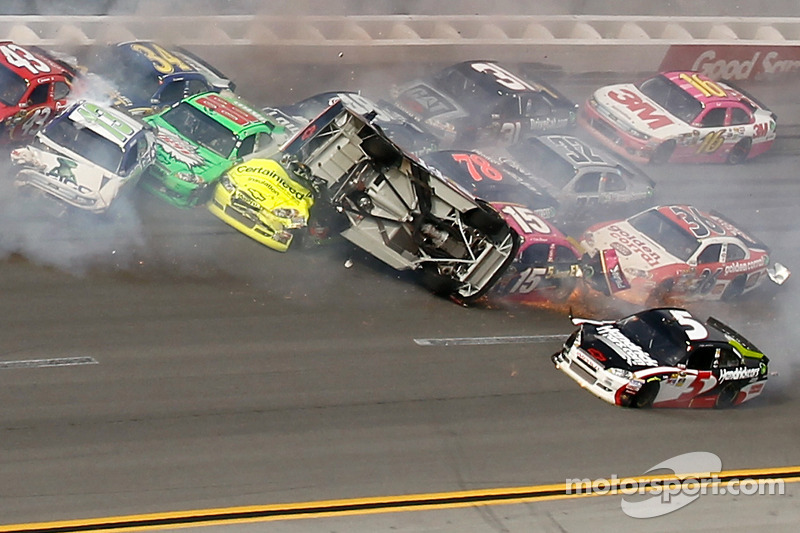 See that upside down car? That is Tony Stewart and he was less than half a lap away from victory when this massive wreck ensued. Over 20 cars were involved and Matt Kenseth was one of the few that escaped, winning the race.
2. 2011 Four-wide at the line 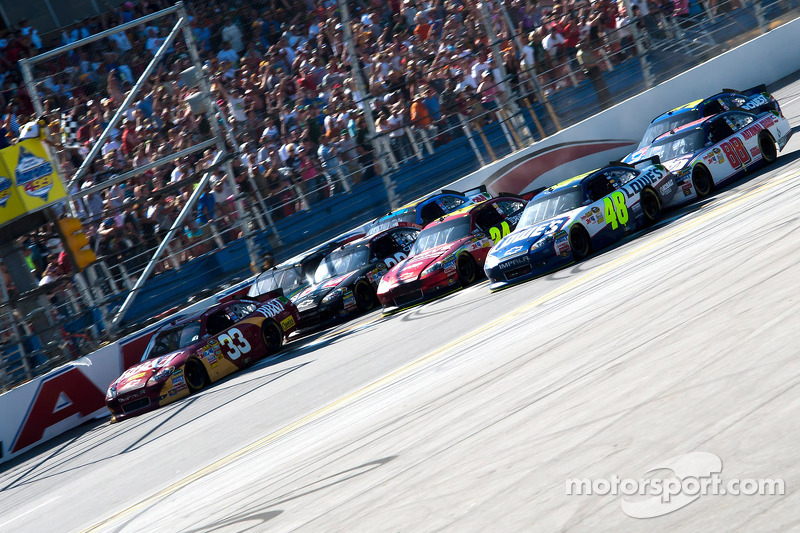 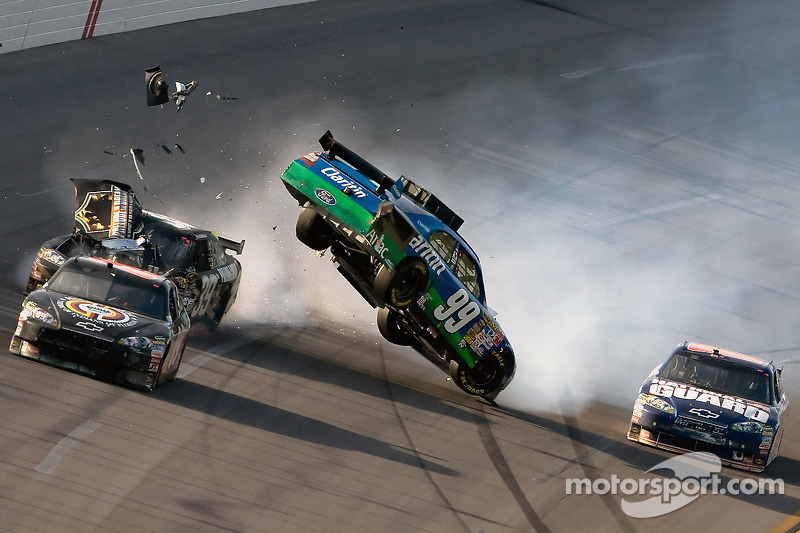 Brad Keselowski got into Carl Edwards en route to his first ever Cup win. Edwards then went flying, ending up in the catch-fencing in a terrifying accident that remains one of the biggest airborne incidents in NASCAR history. This also served to ignite a year-long feud between the two drivers.
shares
comments
Previous article