Following Fontana, Toyota drivers have a need for (more) speed 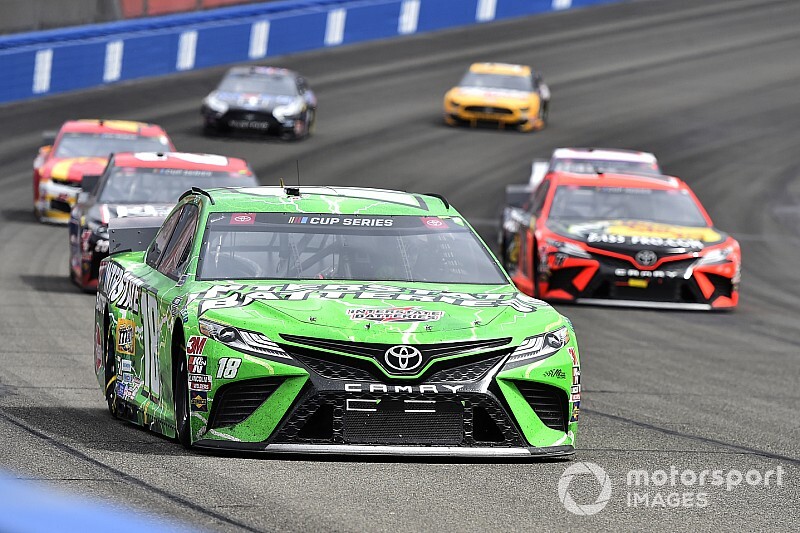 There was a common request from Toyota drivers following Sunday’s NASCAR Cup Series race at Auto Club Speedway – a need for speed.

None of the Toyota drivers excelled in practice or qualifying this weekend at the Fontana, Calif., track but that has not necessarily been a good indicator of their performance on race day.

Even Sunday, Kyle Busch finished second – although nearly 9 seconds behind winner Alex Bowman – and both Denny Hamlin and Erik Jones also finished in the top-10.

But for the most part, none of the drivers appeared satisfied they had the speed necessary to compete for the victory. It stands in stark contrast to last season, when Busch won this race leading 134 of 200 laps.

“Slow, we were slow. Just didn’t have the speed overall today for some reason. Then, there at the end felt like the tires were worn out at the last bit of the race,” Busch said. “Just frustrating day for us.”

“We’re still slow. Our cars handled okay. If we don’t have a draft, we’re just run over. It’s tough because I feel like we’re getting beat on throttle time, but we’re also just getting murdered down the straightaways,” he said.

“Just need more horsepower, more downforce and less drag. If we can have all those, we’ll be better.”

For the second consecutive race, Martin Truex Jr. appeared to have the best Toyota but he was once again plagued by an issue on pit road.

He started from the rear of the field after failing pre-qualifying inspection three times on Saturday but was able to navigate through the field and ended up fifth in Stage 2.

He led three laps late in the race but had a pit crew member injured during a green-flag pit stop, which lost him a dozen positions on the track. Truex ended up finishing 14th.

“It was a step in the right direction. I don’t think any of us really had race-winning speed,” Jones said. “I think Kyle got some good track position on that restart and was able to maintain. We got shuffled back and kind of had to come back from 15th.