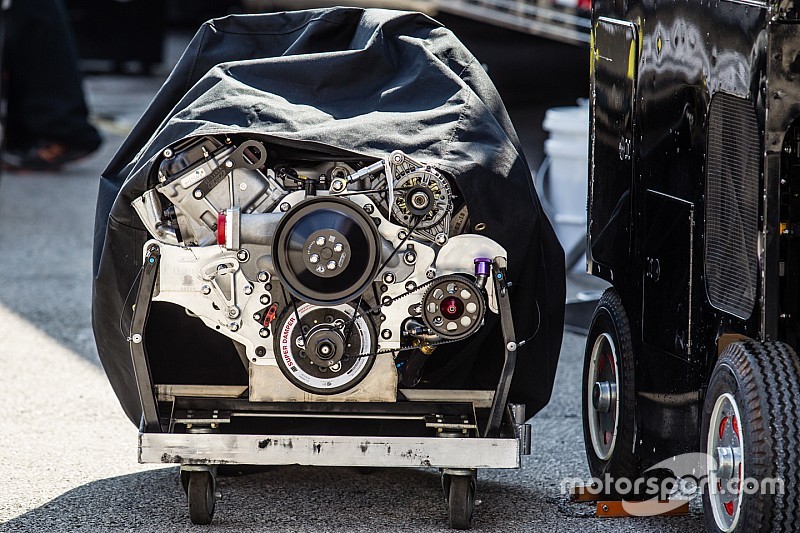 As a NASCAR stakeholder, Doug Yates is committed to improving the sport.

But now he has a lot more on his plate than he bargained for.

Going over the budget

In an effort to do its part, Yates’ company is already more than $3 million over budget compared with this time last year — and the Sprint Cup Series is just two races beyond the halfway point of the season.

We have spent more money this year than we’ve ever spent before. In six months, we’re up $3 million more than we spent last year in the same amount of time

Every time NASCAR experiments with the low downforce, high drag or current rules package, there’s a cause and an effect. While the teams worry about spoilers, splitters and radiator pans and Goodyear is tasked with providing the best tires to enhance each setup, engine builders are responsible for the power that carries the cars around the track.

For engine builders, the process doesn’t happen over night — and the costs are prohibitively expensive.

And now, there’s talk that NASCAR could implement restrictor plate engines at Auto Club Speedway and Michigan International Speedway in 2016.

If anyone thinks a change of that magnitude is as simple as picking up a Daytona or Talladega restrictor plate engine off the shelf and using it at ACS or MIS, think again.

“We worked on a different package for Kentucky,” Yates said. “When they changed the rules for Kentucky, we worked on a package that we thought was going to be good for lower RPM in the corners and less downforce. Every time they make a change, we have to react to try to do our jobs and win these races. I think we’ve done a good job.

I understand they (NASCAR) want to make the racing better, but you have to pick your path ... The initiatives are confusing at best, because on one hand they say ‘Save money.’ On the other hand, they’re saying ‘Make changes.’

“But every time they come up with a new combination, if we have a Daytona/Talladega package and then we have a Fontana/Michigan package and we have another package, it’s just more work and more money to do that. One size won’t fit all. You’re not going to have a Daytona engine that you can take to Fontana.”

NASCAR has already reduced the current engines by approximately 125 hp with the tapered spacers. A restricted engine would decrease the power by another 200 hp — an adjustment not embraced by drivers who have clamored for more throttle response, not less.

“The rule change they made this year — going from 900 horsepower to 780 — it was the biggest change we’ve ever had. We have spent more money this year than we’ve ever spent before. In six months, we’re up $3 million more than we spent last year in the same amount of time, trying to change things over.

“At the same time, those guys are trying to tell us they’re saving us money — and restricted engines cost way more money because every horsepower means more. At Daytona and Talladega, we spent money just trying to gain three or four extra horsepower and if every track is like Daytona and Talladega, that’s what we’re going to get into. If it is, it is, but the initiatives are confusing at best, because on one hand they say ‘Save money.’ On the other hand, they’re saying ‘Make changes.’

Not an easy process

“I understand they want to make the racing better, but you have to pick your path.”

Whenever NASCAR changes the competition package, Yates must first determine how the new aero configuration will react on the race track. He works closely with his team and the Ford Motor Company to use their simulation tools and develop a durability cycle then programs that cycle onto their AVL transit dynamometer to run a lap.

Yates must then ascertain the percentage of “wide-open throttle time” throughout the course of a lap during an entire fuel run. At Michigan in two weeks, with the high drag package, Yates estimates the drivers will mat the throttle for approximately one-third of the fuel run, which takes an extreme toll on the engine components but particularly pistons, valve springs, valves, and valve seats due to operating at an elevated temperature over an extended period of time.

“Our engineers then go to work on what that additional load looks like for all the components in the engine,” Yates said.“We make adjustments based on the new loads, then go to the dynamometer and take combustion data and develop a calibration for the new cycle. After we build a brand new race engine, we attempt a durability test.

Ultimately, if NASCAR wants a package that produces pack racing and drafting, it will result in drivers holding the throttle wide open around the track and the expense will continue to rise as engine builders scramble to secure durable space-age components that can survive for 400 miles.

Roush-Yates dedicated two full weeks on the new engine package for the Aug. 16 Michigan race — and the first test was not successful. Yates’ team made the necessary adjustments and came up with a competitive package. But this came on the heels of developing new engines for the Brickyard 400 which also required additional test engines for the practices NASCAR provided the teams (which meant greater expense to Yates, who negotiates a set rate for competitors before the year begins).

NASCAR’s low aero package at Kentucky Speedway last month proved successful for the Ford teams — including Roush Fenway Racing, which has struggled this season. At the Brickyard 400, only the Team Penske Fords finished among the top 10.

Michigan has been a strong track for Ford, which has won three of the last six races, including Greg Biffle’s last win in 2013. While many competitors hoped NASCAR would scrap the high-drag package at Michigan after lackluster results at Indy, the sanctioning body elected to stay the course. While Indy’s banking graduates from nine to 12-degrees, Michigan offers 18-degrees in the turns. However, since the two-mile speedway was repaved for the 2012 season, speeds have risen but passing has not, as the new asphalts lends itself to being a one-groove track.

At Indy, teams experimented with three different gear ratios. Teams are expected to chart a similar course during the Michigan weekend, which will also feature extended practice time. While separate testing could have eliminated trying different gear ratios at the track, it would have also elevated costs.

Yates remains supportive of NASCAR’s initiative to improve the racing product. While the sanctioning body insists there won’t be changes prior to the Chase, Yates wouldn’t mind seeing the low aero package on the intermediate tracks because “Kentucky was good for us.”

“We’re getting excited because we’re close to winning races,” Yates said. “But I have to admit, it’s been a challenge.”