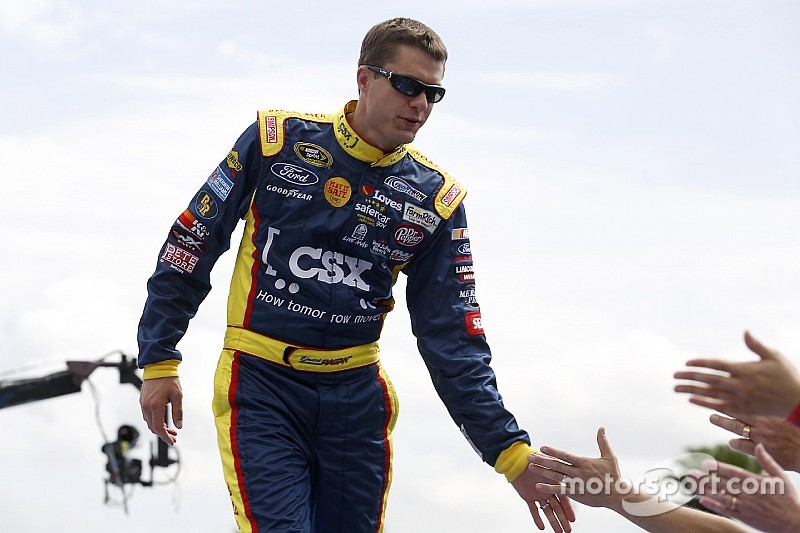 Landon Cassill will return to Front Row Motorsports next season and he will be joined by a familiar face to the organization – David Ragan.

The team will continue its technical alliance with Roush Fenway Racing and its engine program with Roush Yates Engines.

“These are two hard-working guys, both in the car and away from the car working with our partners,” owner Bob Jenkins said. “We went out and got Landon last season because we knew he was talented and we wanted him in our race car, and now we’re really happy he will be back another year.

“And we’re really excited to have David back. He’s a big part of Front Row’s history, bringing us our first win. He’s got a lot of experience in his career – things that you can’t teach – that will be big assets to us and our partners.”

Cassill, 27, earned seven top-20 finishes in his first season with Front Row, including a season’s best finish of 11 th at the spring race at Talladega (Ala.) Superspeedway.

“I’m really looking forward to working with David,” Cassill said. “I’ve raced alongside him for years and respect him as a competitor. He has a ton of experience with different teams and manufacturers that will make him a great teammate.

“I’m really proud of what our team accomplished in 2016 in our first year together, and I’m really excited to go and build on that.”

Ragan, 30, is a 10-year veteran of the series. He has two premier series wins and two poles in his career. He most recently drove for BK Racing.

“It’s a nice homecoming, coming back to Front Row Motorsports,” Ragan said. “I’ve always had a great deal of respect for Bob Jenkins, how he put together his team and grew it the right way over the years. We’ve celebrated some pretty big highlights together, and now we need to go make more.

“Landon was a great addition to the team last year. He’s a smart driver with a lot of good experience, and I’m looking forward to working with him.”