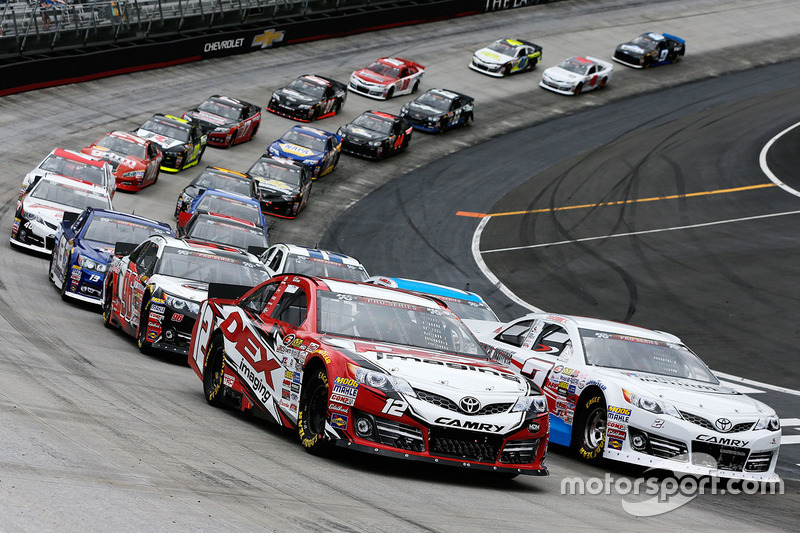 Front Row Motorsports will not defect to Toyota 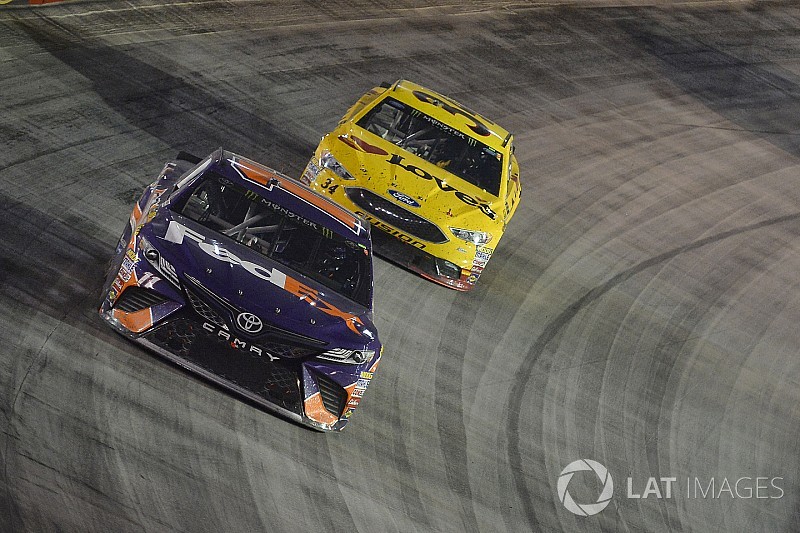 Front Row Motorsports plans to continue its association with Ford Performance in 2018.

Although it had been rumored that Toyota Racing Development was courting the two-car operation owned by Bob Jenkins, on Saturday at Martinsville Speedway, general manager Jerry Freeze said he expects to stay the course with Ford.

FRM has competed under the Blue Oval Banner since 2010.

“For right now, I think the best step for Front Row is to continue where we’re at and get a little more help in that respect from both camps, and I think we’re in a position to do that. So, that’s been more of our focus than anything, just trying to enhance the current relationships with the current partners that have been really good to us over the years.”

With Furniture Row Racing shuttering the No. 77 Toyota at the end of the season, the opportunity existed to shift those funds to a new team — potentially FRM. In addition to technical assistance, two engine options were suggested — Triad Racing Technologies and Toyota Racing Development.

However, the viability of Triad has come under question with NASCAR introducing crate engines into the truck series in 2018. Triad owner and CEO Marty Gaunt would not comment on the company’s status for next season, but his employees have already put out feelers for other potential jobs in the garage.

“Come see me after Homestead--that’s the best thing,” Gaunt said.

Although it’s unlikely that Triad’s status would have affected FRM’s decision—TRD has the capability to provide three additional engine programs—the challenge of starting from scratch with a new manufacturer would have been taxing on the team.

In addition, Ford sweetened the deal by offering FRM a Tier 1 engine program. Roush Fenway Racing will also provide superspeedway and road course cars for Front Row so the organization can focus on its intermediate program.

“We feel like we’re in the position to contribute a little bit more to their programs, too, from a competitive perspective. Rather than just walk away and starting over somewhere else, we think staying put is probably the best place for us for next year.”

Freeze said FRM was ‘really, really close’ to re-signing with Ford. Front Row wanted to put the manufacturer piece together before shoring up its roster. Michael McDowell appears to be in line for Landon Cassill’s seat. And although David Ragan’s deal is not finished for 2018 either, Freeze anticipates the driver that scored the company’s first win will be back as well.

“He’s not signed yet, but that is the intention,” Freeze said. “We’re just trying to get our ducks in a row, organizationally, and then start lining up drivers and sponsors.”

Pole-sitter Logano: "I have something to race with this weekend"