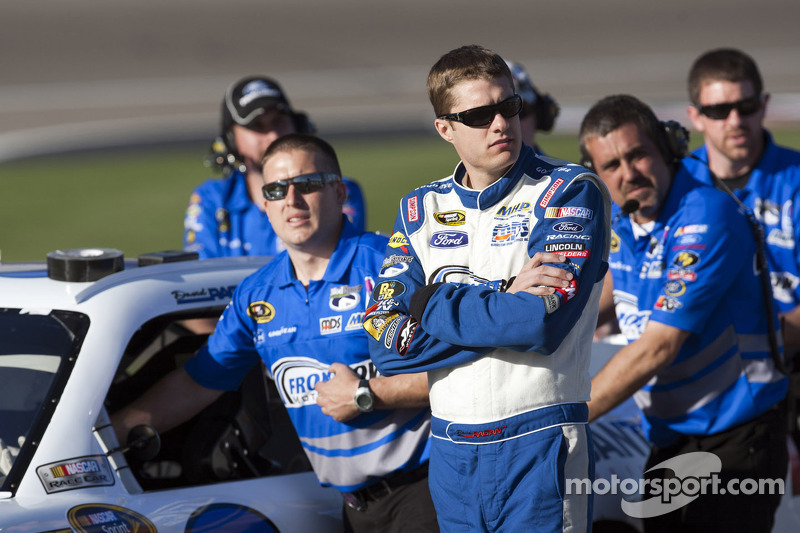 The team will continue to run Fords with Roush Yates engines. Front Row builds on strength in stability, team draws on long-time partnerships to build off history-best finishes. 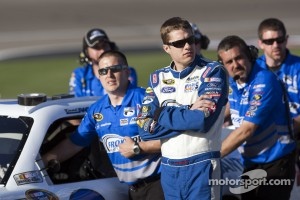 Front Row Motorsports enters its fourth year teaming with Gilliland, Ford and Roush Yates - relationships that have brought stability and growth to the still-young team entering its fifth full-time season in the Sprint Cup Series. Race winner Ragan joined the line-up for the 2012 season, helping the team earn its best average finishes and the best year-end point rankings for the Nos. 34 and 38 entries in Front Row history.

The 2012 season saw Ragan and Gilliland combine for one top-five, two top-10, four top-15 and eight top-20 finishes, and an average finish of 27th. Ragan finished the season 28th in the driver point standings and Gilliland ended the season in 30th. The team continued to show its strength on superspeedways, where Ford and Roush Yates power helped Ragan and Gilliland earn their best results of the season. The 26-year-old Ragan will return to the cockpit of the No. 34 entry and the 36-year-old Gilliland will once again pilot the No. 38.

Wise will return to the No. 26 Ford for all 36 Sprint Cup races with sponsorship from MDS Transport after completing the 2012 season in a part-time capacity with Front Row. The team plans to increase the 29-year-old driver's time on track in 2013 with a more competitive schedule of race entries.

"You often see a lot of young teams going through a lot of changes trying to make it in the Sprint Cup Series," Jenkins said. "We've been fortunate that we've had a lot of stable partners, people who believe in our approach and are seeing year-to-year improvements as a result of that approach.

"David Gilliland has been a rock for us for three years and David Ragan brought race-winning experience to us last year and returns for 2013. That stability is huge for a young, developing team, and I know we'll continue to improve and have even better results this upcoming season."

Jay Guy will return as crew chief for Ragan's No. 34 team and Derrick Finley will continue to lead Gilliland's No. 38 crew. The drivers recognize and appreciate the importance of continuity from year to year within the organization.

"There's always a learning curve whenever something new is thrown into the mix, whether it's a new driver, new crew chief, new car or new team members," Ragan said. "We have a new Ford Fusion for 2013, which I'm really excited about, so it will be really important and really helpful that all the other variables aren't changing. My crew chief, Jay Guy, and I built a great working relationship last year and that will help us be better this coming year."

"I'm excited to start my fourth year with Front Row Motorsports," Gilliland said. "We've gotten better each and every season and I'm eager to get the season going with Derrick (Finley) again. Bob Jenkins has put a lot into this team since he started with a part-time team back in '05. He's growing it the way he should and the results are showing."

Front Row Motorsports will be on track for the first time in the new Sprint Cup Series Ford Fusions Jan. 10 to 12 when the team participates in Pre-Season Thunder, the annual three-day test session at Daytona International Speedway to prepare for the season-opening Daytona 500 in February.

The team is finalizing sponsorship agreements for the 2013 season with announcements expected soon.

JTG Daugherty Racing, Labonte ramps up for 2013 with Charlotte testing

Dillon, Buescher, Patrick among next wave of superstars just over the horizon