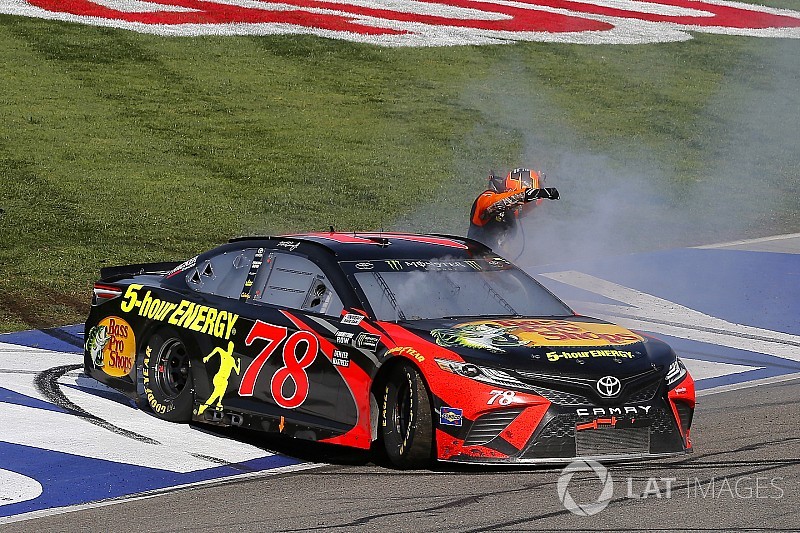 But through the first four races of the 2018 Monster Energy NASCAR Cup Series season, Visser admitted he was a little concerned when his driver Martin Truex Jr. had yet to win a stage or a race.

The drought – if you can call it that – ended emphatically in Sunday’s Auto Club 400 with Truex sweeping both stages and earning a dominating victory in the race.

“Well, after the beginning of the season there, watching (Kevin) Harvick run away with everything, I wasn’t sure where we were at,” Visser said after the race on Sunday. “I wish he would have not had the problems he had today and we could have run (with) him again.

“I think we had something for him today. We won’t know for a few weeks here where we’re at.”

Harvick had won three of the season’s first four races and two in dominating fashion. He appeared well on his way to a good chance at a fourth this weekend, dominating the practice sessions and starting 10th.

He was powering to the front when he and Kyle Larson wrecked racing for position. The damage to Harvick’s car was extensive and knocked him out of contention for the race win.

Visser said Sunday’s race gave him confidence the No. 78 was on the right track.

“I felt like we’re back. That’s huge,” he said. “I usually don’t jump up and down (after a win). I try to dodge the champagne when I can.”

Added crew chief Cole Pearn, “He didn’t even want to get in the pictures today.”