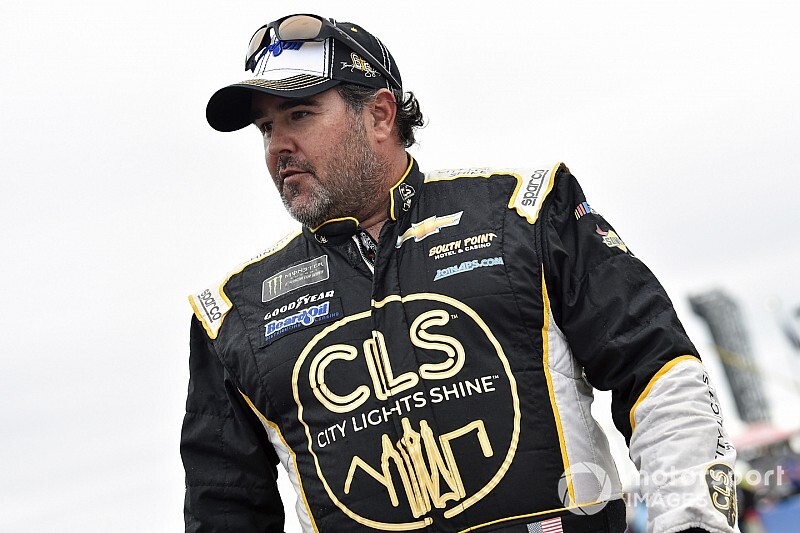 Brendan Gaughan will return for four races during the 2020 NASCAR Cup Series season.

2020 will be Brendan Gaughan's final season as a NASCAR Cup Series driver, returning for four races in the No. 62 Beard Motorsports Chevrolet.

His 63rd career start will come in next month's Daytona 500 before returning for the spring and fall Talladega races, as well as the series' second visit to Daytona in August.

The car will be backed by Oil Distributing/South Point Hotel & Casino Chevrolet Camaro. Additionally, Gaughan’s City Lights Shine, a whiskey moonshine, will serve as an associate sponsor. The car will be constructed by RCR and supported by ECR engines.

“I love racing, and competing with Beard Motorsports these last few years have made for some of my most enjoyable moments in NASCAR,” said Gaughan, who currently has 62 NASCAR Cup Series starts dating back to his rookie season in 2004. “We do a lot with a little, so when we run up front and lead laps, it’s very satisfying because you know all the work that went into it.

“I wouldn’t want my last races as a NASCAR driver to be with any other team. Mark Beard Sr., and his entire family are passionate about racing, and NASCAR in particular. We’re all competitive and want to perform, but we’re going to have fun doing it. That’s how we all got started in the sport – because it was fun. And as I wrap up my career, I’m going to make sure it stays fun.”

In Gaughan's previous Cup starts, his best finish came at Talladega in 2004 when he finished fourth. In last year's playoff race there, he was in contention for the win before a late-race crash sent his No. 62 car flying upside down.

“Brendan brings a lot of experience to our race team and that has allowed us to be competitive despite not having all the resources of the bigger teams that compete week in and week out,” Beard said. “We have a lot of respect for what those teams do, and it’s an honor to be able to park in the NASCAR Cup Series garage, unload our race car and see where we stack up. We take a lot of pride in the effort we put forth, and the effort our partners put into Beard Motorsports.

“Richard Childress and the staff at RCR provide us with top-notch equipment. We’ve worked with them since 2017 and it’s easy to understand why they’ve been in the sport for 50 years. We’re proud to continue our technical partnership with RCR and we look forward to making Brendan’s last races as a NASCAR driver memorable.”