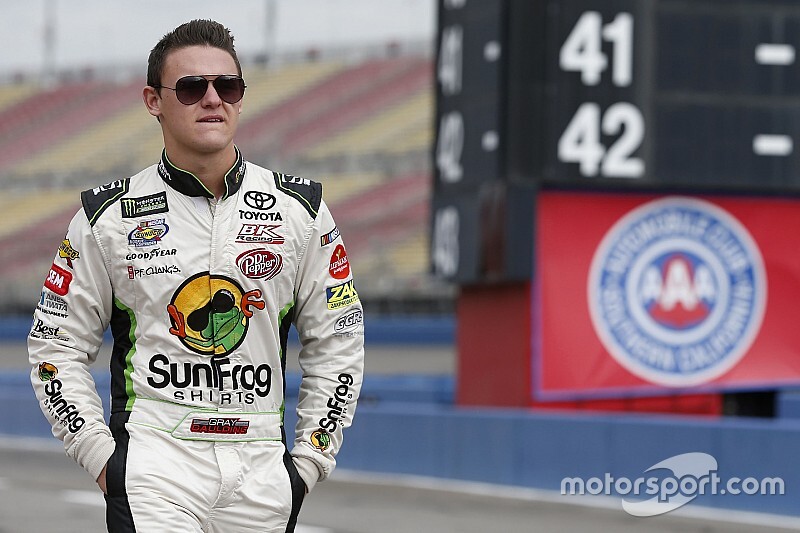 Gaulding, 21, was on board a Stewart-Haas Racing plane Friday morning that had to make an unscheduled stop in St. Louis to allow Gaulding to seek medical attention, his SS Green Light Racing team confirmed.

“While on the way to Kansas Speedway, Gray Gaulding experienced a suspected allergic reaction,” a statement provided by the team said. “Upon visiting the infield care center (at Kansas), doctors did not clear him to compete today.

“He will be re-evaluated Saturday morning. J. J. Yeley will practice the car for final Xfinity practice.”

An SHR spokesman confirmed one of their planes had to make an unscheduled stop in St. Louis as individual on plane had a medical issue.

Upon landing, emergency personnel were quickly able to evaluate individual, who initially remained in St. Louis as the plane continued its trip to Kansas City, the spokesman said.

Gaulding drives the No. 08 Chevrolet for SS Green Light Racing. The team did not participate in Friday’s first practice session.

In 29 races this season, Gaulding as one top-five and four top-10 finishes and is 13th in the series standings. He finished a career-best second at the spring race at Talladega (Ala.) Superspeedway.