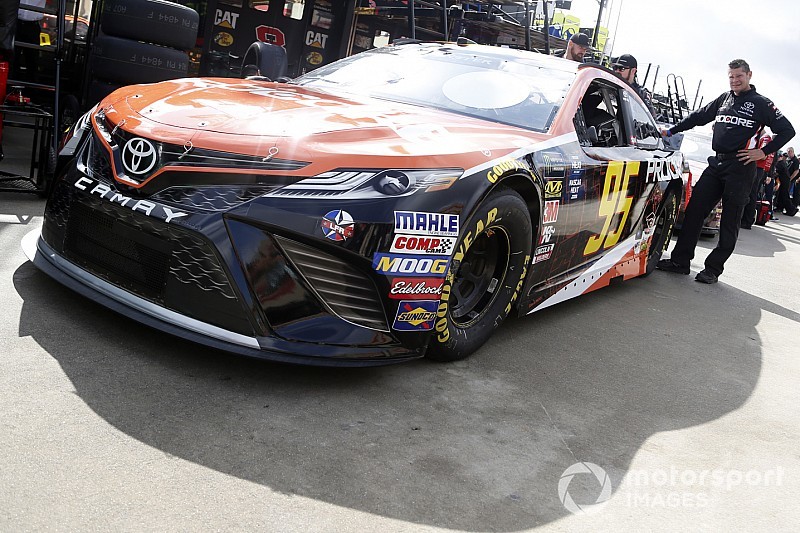 Toyota Racing Development’s David Wilson says NASCAR’s next-generation car will be a “massive undertaking” that can lead to a revolutionary step for the Monster Energy Cup Series.

NASCAR met with team owners on Friday before the Daytona 500 in an attempt to reach consensus on the scope of its Generation 7 car, which is planned for introduction in 2021.

Legendary team chief Roger Penske said of those talks: “I think we are really talking about Gen-7 for NASCAR and not just the car or engine. I think it’s the show. It’s the length of the races. It's where we’re going to run.

“Are we going to run more races at night? Short tracks? Let's call it Gen-7 for NASCAR and not just the car.”

Following that meeting, NASCAR then met with the OEMs on Sunday morning. When asked by Motorsport.com what was on Toyota’s Gen-7 wishlist going into that, Wilson replied: “The two pillars that NASCAR have identified are both important to Toyota, and that is relevancy as well as cost management. For the greater good of the sport, we need a model that is more sustainable than we have today.

“As OEMs, we would like to see more relevancy not just to what we’re selling, but more technological relevancy. There’s a lot that can be done in that regard, whether it’s independent suspension, rack-and-pinion steering – it was only in 2007 they switched to unleaded fuel. In 2012 it was fuel injection, so kinda late to the party in each of these areas.

“The difference with Gen-7 is that it will be a revolutionary step, not an evolutionary step like a lot of these have come before. So it’s a massive undertaking, a massive consideration and a tremendous amount of work to do if the goal is 2021.

“When you hear ‘Gen-7’, the association is with Gen-6 – it’s just a car and parts. But, really, this particular initiative is much more global than that, it’s about the schedule, where we race, how often, the nature of the races, the tracks, the fans.

Wilson said that the steps taken with the Gen-6 car, which allowed manufacturers to incorporate styling cues to the NASCAR bodyshape, proved that the three manufacturers could work together for the common good while retaining a level aerodynamic playing field.

“[The meeting with] our fellow OEMs was about the process that we’ll use and how we move this ball down the field,” added Wilson.

“The good news is that Gen-6, which I qualify as one of the best initiatives in the modern-day NASCAR world, that came from the OEMs working together – where we communized parts and opened stuff up, to incorporate our styling.

“And then working with NASCAR on how we create the parity. Great, we have our own styling in it, but we need to retain the fairness quotient in the process.

“We built a template on how to work together in cooperative fashion as competitors. In terms of the scope, this is Gen-6 times 20. We’re not just talking about a body.”

Chase Elliott: Teams will likely be in "attack mode" at Atlanta