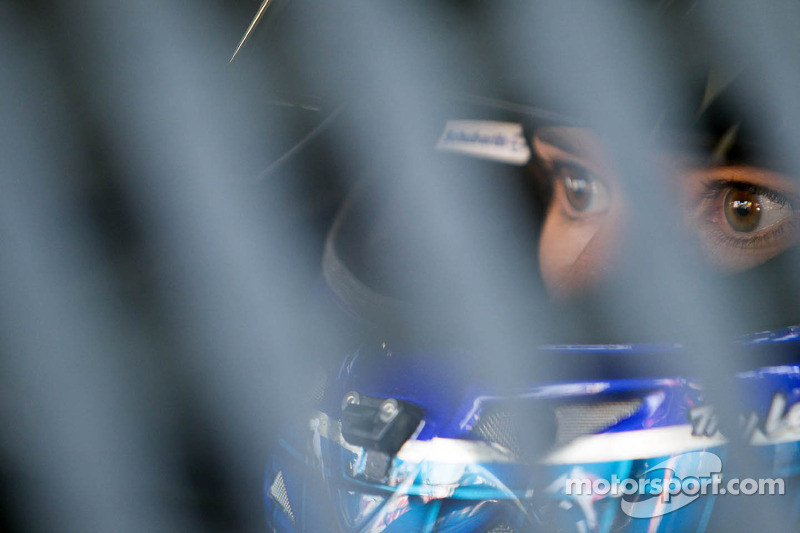 Fourteen-year-old Megan Leben, who will start her freshman year of high school in a few weeks, visited Daytona International Speedway for the Coke Zero 400 and caught up with Danica Patrick

“Embrace what’s different about you.” This wise advice comes from Danica Patrick, someone who has done just that.

Danica has embraced what makes her different from her competitors instead of letting it stop her from chasing her dreams. The driver of the No. 10 Go Daddy Chevrolet for Stewart-Haas Racing in the NASCAR Sprint Cup Series is the only female driver in the NASCAR’s top series. Although the 2013 season is Danica’s first full season in Sprint Cup competition, she has raced against the boys in multiple series since an early age. In the Daytona 500 earlier this year, Danica became the first woman to both win a Sprint Cup Series pole position and lead green flag laps.

Recently, Danica returned to the track where she made and I had the chance to sit down for “girl talk” with her! As a 14 year old passionate NASCAR fan who wants to pursue a career as a NASCAR journalist, this was an amazing opportunity! 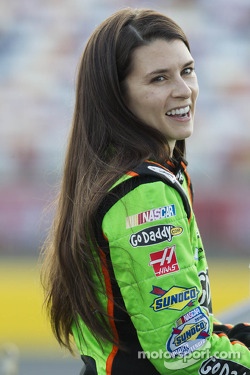 During our interview, I talked with Danica about her advice for girls and her life off the track.

Q: As you’ve pursued your dreams in a traditionally male dominated sport, you’ve shown both confidence and courage – two character traits I feel are essential to success. What advice would you give to young girls who may face similar circumstances or obstacles in their way?

Q: Some girls try to be the person everyone else wants them to be instead of being themselves. With you being in the spotlight, it’s easy for people to be critical of you. How do you stay true to yourself?

DP: I would imagine you’d probably get a lot of people in general saying that confidence is really the most attractive thing, and that’s about being comfortable with yourself. It’s just about finding things that make you feel good about yourself and feel confident. So whether it is a talent that you have, or something like that, just focus on those things.

Q: I’m sure there are times where it feels like it’s you against the rest of the world. Do you have a quote or song you go to when you’re feeling down?

DP: I have definitely always gone to the saying “What doesn’t kill you, makes you stronger” and I really believe that’s true. No matter how hard things get, if it doesn’t kill you, you’re going to be better for it. I also like the one —“Tough times don’t last, tough people do.”

Q: You are focused on your job and I know you have a busy schedule between racing and sponsor commitments. I have noticed on Twitter that you like to cook.

Q: Do you have any other outlets?

Q: When you’re shopping does anyone ever come up to you and say “Hey, you’re Danica Patrick!”

DP: Only if I stop or if I am by myself. I suppose it becomes more and more common all the time. If I am by myself, I am a little bit of an easier target. If I am with other people, I guess I would appear a little less approachable maybe.

Q: But I guess from Twitter, your favorite thing is cooking?

DP: I like anything dinner oriented, but I love breakfast! If I’m going to make a production of it, I like dinner.

DP: I think the best way to learn to how to cook is to use a cookbook to learn how to cook things you’ve never cooked before. That kind of allows you to be able to make it again without the cookbook. I’m not a baker so I feel like you always need a cookbook for that. I like not having a cookbook, but the way you learn how to make good things is with them. 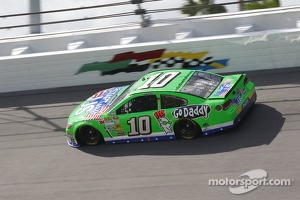 DP: No, mostly just dinner. I’m not a dessert person. I will, but let’s see one of the ones I made recently. (pauses to think) I made a bread pudding with brioche bread and I didn’t follow (the recipe). I mean, I looked at the recipe, then I just started pouring things in. I didn’t worry about the exact portions and stuff like that. I didn’t have the right ingredients either. I was using vanilla creamer for coffee as one of the ingredients to flavor it. (laughs!) It seemed very wet and like it was just all going to be mush. Then I made it and it was absolutely delicious! So sometimes things turn out, but I’m sure there was just as much of a chance of it not.

Q: Since we’re at Daytona we have to take a spin around the track. It’s a fun Then and Now question for each turn. Think back to your high school days!

Q: Turn1: What was your favorite junk food then and what is it now?

DP: I’ll just go back to what comes to mind first. It wasn’t high school that I ate this because in high school I was eating a little bit more healthy. I remember coming home, getting dropped off at 3:00 from the bus, grabbing a soda, and making a microwavable pizza. That’s probably not the best snack! I also loved to cut up a whole box of strawberries and pour some white sugar on the side and dip each one in.

Q: That’s what I like to take to lunch at school! It’s so good!

DP: When I was a kid, let’s go like mid-years, I liked 90210. Awesome. My parents let me watch it. Now, my favorite show? Probably Dexter. That’s a great show. I missed last season so I have to catch up on that one, but I’ve watched every other season. It’s a great show.

Q: Turn 3: What was your favorite song or group then and what is it now?

DP: Let’s see, my boy band back then was Backstreet Boys, because they were to me the first boy band. ’N Sync came after them, but I was loyal to the originals – the Backstreet Boys. (looks at PR rep, Joe Crowley) Right? Do I have this all right? Who played in the Backstreet Boys? Who were the singers?

JC: I cannot believe I just answered that! (shakes head)

DP: I’m definitely going to tweet that Joe’s favorite band growing up was the Backstreet Boys! My favorite band now? I’ve been listening to a lot of country lately…so probably Miranda (Lambert). I love her music. She’s great. All-time favorite – I love Alanis Morissette, always have since I was a kid. But I’d say Miranda is a new favorite.

Q: What is your favorite song by her?

DP: The House That Built Me. It’s a pretty good song. I was in her music video for Fastest Girl in Town.

Q: Turn 4: What was your favorite fashion trend then and what is it now?

DP: Oh my gosh! (smiles) With socks, I used to roll them and scrunch them, but we’ll go with the rolling. I would wear white (socks) and then I would wear a color that matched my outfit and I’d roll them down. It had to be absolutely perfect! So that was my favorite fashion trend then. And now, (thinks for a while) I wear a lot of t-shirts and jeans. Let’s see—a fashion trend? I don’t know. What do I wear that’s trendy? I guess in the moment you don’t feel like anything is all that trendy, you just kind of feel like it’s you.

JC: All I see you in is firesuits and golf shirts.

DP: Yeah, I always wear skinny jeans. I suppose that’s it…between skinny jeans, Havaiana flip flops, and my James Perse t-shirts…that’s pretty much what I wear most of the time.

Q: I guess you don’t really get a chance to dress up that much.

DP: I feel like I’m dressing up without actually dressing up. You wear colored jeans and a t-shirt you’re like, “Woah! I look different!’

Q: Thank you so much!

Danica Patrick is embracing what makes her different, but she is also similar to many girls and young women. She likes good food and good music. She’s fun to be around. She has her own sense of style. Most of all, she’s not just following her dreams…she’s chasing them.

Megan Leben’s interview with Danica Patrick was just one of many behind-the-scenes experiences she had at Daytona. You can read about her trip at flagtoflag.blogspot.com.