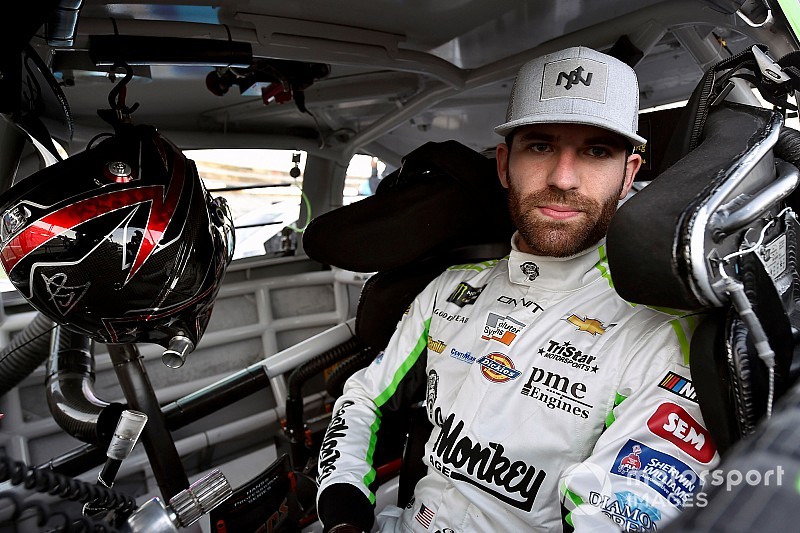 On Thursday, the team announced LaJoie, 27, would drive its No. 32 Ford in 2019 beginning with the season-opener at Daytona.

LaJoie will be reunited with veteran crew chief Randy Cox, who began working with the No. 32 team early into the 2018 season. LaJoie and Cox both worked at BK Racing in 2017, where they ran 17 races together, including LaJoie earning his career-best 11th-place finish in the Cup Series.

“I’ve always respected everyone at Go Fas Racing because they are constantly building their race team better every year. I’m glad to be part of that continued growth for 2019 and look forward to getting on track and being in a position to show more of my potential,” LaJoie said in a statement.

“The most success in my career has been behind the wheel of a Ford from the ARCA and K&N series so I’m ready to jump into that mean looking Ford Mustang this season. Also, some of my best results in the Cup series have been with Randy on the (pit) box.”

LaJoie is a North Carolina native with a family deeply rooted in motorsports. His grandfather, Don LaJoie, is a member of the New England Auto Racing Hall of Fame alongside his father, Randy LaJoie, who won Xfinity Series championships in 1996 and 1997.

Corey has six wins in the NASCAR K&N Pro Series East and three wins in ARCA. In 2018, drove part-time in the Cup series for TriStar Motorsports.

“Every year we feel like our program takes a step forward and securing Corey should help us continue to move that direction,” said Mason St. Hilaire, Go Fas Racing general manager. “We’ve learned and grown a lot in our time in the Monster Energy NASCAR Cup Series and I believe our results reflect that growth.

“We’re very excited about the potential our team has this year. Every year we’ve been able to improve our program in different areas, and we fully believe that this coming season will be no different.

“Corey is a driver we’ve kept our eyes on for several years and he’s impressed and delivered when given the opportunity.”

LaJoie replaces Matt DiBenedetto, who left Go Fas Racing at the end of the 2017 season and will compete in the Cup Series next year with Leavine Family Racing.

Austin Dillon: Cup title is "the carrot that drives me every day"