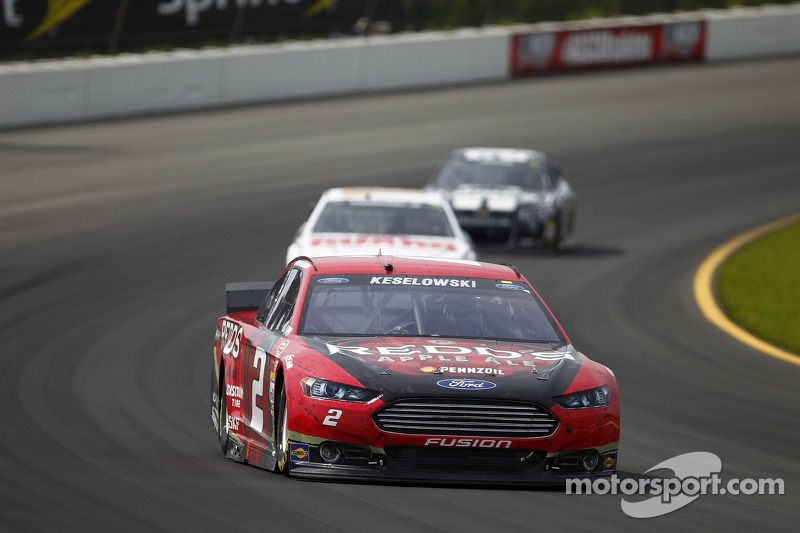 Brad Keselowski was in command of the Pocono 400 on Sunday -- until he noticed his oil and water temperatures skyrocketing on the dash with less than 10 laps to go.

Over the radio, his crew warned him of paper on his grille. Every instinct told the former Sprint Cup champion that he had to remove the debris to win the race.

So Keselowski took action, slid behind Danica Patrick and in the process relinquished the lead to Dale Earnhardt Jr. with five laps remaining in the race. Keselowski finished second.

“If everything would have gone right, I wouldn't have had to give up the lead,” Keselowski told the media on Tuesday. “I think that was why I made the move.

“Obviously if there hadn't been a car in front of me I wouldn't have made a move. It's not as though I let Dale go by me, which I think some people are under the impression that's what happened, and it's not. I just made a move on a slower car to try and take the opportunity I had, and it didn't work. That was kind of what happened. I didn't let Dale go and say, hey, ‘I'm going to try to cool off my engine’. 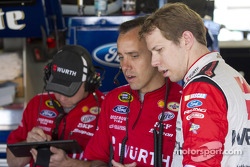 In hindsight, Keselowski believes anyone in his position “wouldn’t have done anything different.” Often when a driver is that close to a victory, they feel every gremlin in the car. Keselowski thought he was losing power and did everything he could to overcome the problem.

“With the information we had at the time, I felt like I made the right decision to try and do something, I just didn't execute it, so it's probably more frustration with not executing the move rather than taking the risk to make it, for me at least,” Keselowski said. “It's hard to speak for everyone. I'm sure everyone has different feelings about it. But it was the right move.

“I told somebody I felt like I was playing a game of blackjack and I was sitting on 15 and the dealer had a face card. If you play by the rules, you should take a card and you should hit, and we did, and we busted. The dealer turns over his card and he was sitting on 15, as well, and so you knew he was going to bust out. That's part of it. That's the cards we play, and some of racing is always going to be chance, and you have to play it by the odds, and I lost. But that's just the way it goes.” 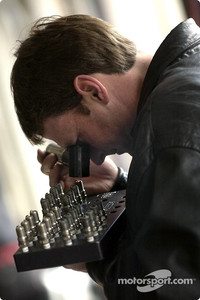 After the early diagnosis of the No. 2 Team Penske engine at Roush Yates Engines, Doug Yates told Motorsport.com “It looks fine. We have not finished the complete deep dive into every single component but there are no major issues.

“Joey’s engine failed a valve spring which we attribute to high operating temps along with the additional rpm’s that we experience at Pocono. The additional rpm’s are two-fold, one the fact that we shift at this track and of course the length of the straightaways.” Still, Yates acknowledged that although he’s 46, if he experiences many more laps like the closing circuits he’ll “start feeling like I’m 100 real soon.” 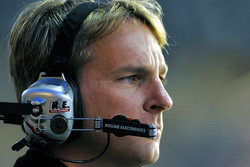 And if the trials of Pocono Raceway weren’t enough for Yates, now his team must tackle Michigan Speedway where test speeds last month hit 218 miles per hour down the straightaways. Given Roush Yates’ success at the track – which includes winning the last three Cup races – it’s understandable that the second-generation engine builder is looking forward to this weekend.

“Michigan is one of my favorite tracks along with Daytona,” Yates said. “Ford and Roush Yates have had a lot of success at this track and I always look forward to this event. Yes MIS makes engine builders nervous because of the long straights and sustained rpm.

“MIS is challenging for the engine for two reasons first the valve train is highly stressed due to the rpm and second since HP is a premium therefore we must be very aggressive on our tune up. By being aggressive on fuel and timing the pistons and valve seats are at risk. Not to mention the fact that fuel economy is very important.” 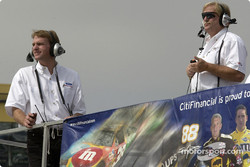 Growing up with his father’s race team – Robert Yates Racing – six of the team’s 57 career wins were earned on the two-mile track. But the 1992 victory in the Irish Hills with Davey Allison where the No. 28 Ford won from the pole and led 158 of 200 laps was his most memorable.

“With that said, MIS is a challenge but the satisfaction of winning is very high. One of my favorite Wins of all time came at MIS on father’s day when we won with Davey. I don’t collect a lot of pictures but I have one of my dad and I high-fiving afterwards. This was a special day!”