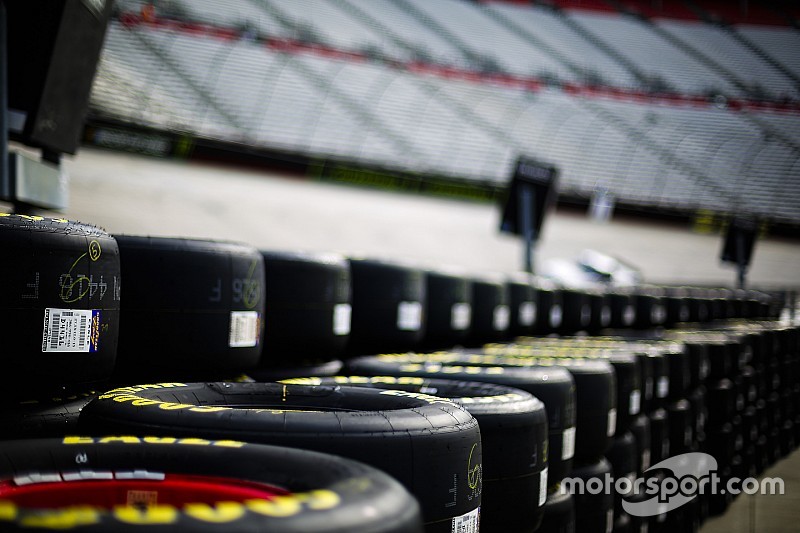 Bristol’s steep banking and high speeds typically provide a challenge for NASCAR teams and Goodyear and the change in the Cup series aero package has added another dynamic to this weekend’s equation.

As part of the new package, Cup teams will see increased downforce over what they ran in last season’s races. As a result, the tire set-up must be able to handle the loads generated while optimizing handling.

Compared to what was run at Bristol last year, this tire set-up features construction updates on both sides of the car and a compound change on the left-side. This is the only track at which NASCAR teams are scheduled to run either of these two tire codes.

“While Bristol is only a half-mile in length, it races very much like a speedway,” said Greg Stucker, Goodyear’s director of racing. “The steep banking generates a lot of speed and a high amount of loading, even more so with the 2019, high downforce rules package. The tire set-up that we bring takes that into account while enhancing the stability and handling of the cars through the corners.

“The other factor at Bristol is the concrete track surface. It is important to lay rubber down on the surface and create the opportunity for teams to use all three lanes. There will be a four-foot-wide line of the PJ1 grip compound laid down in the bottom lane in the corners, so that application and subsequent wearing off of the compound will change racing throughout the weekend and keep it exciting for the fans as drivers potentially move around the track to find maximum grip.”

Clint Bowyer: "Second is not bad for the way our weekend started"