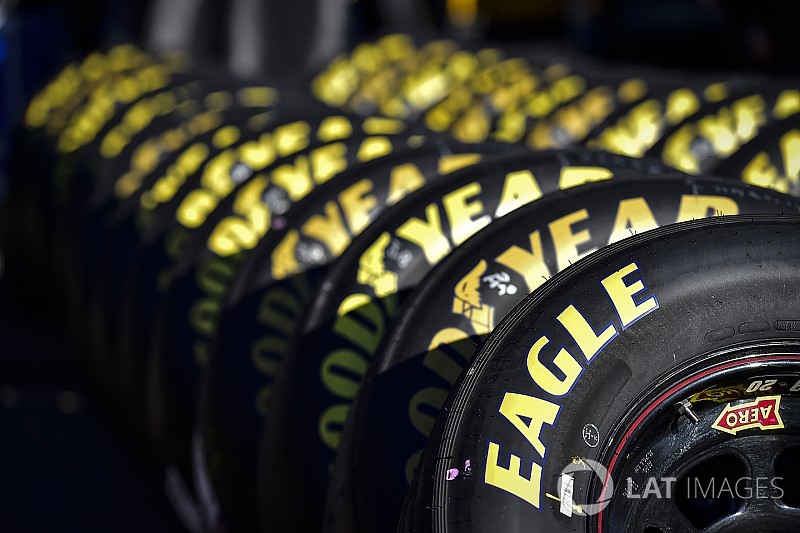 Cup and Xfinity teams will run the same tire set-up at Michigan this weekend but this is the first time these teams will be running either of these two Goodyear tire codes.

Compared to what was run at Michigan last year, the left-side tire features an updated construction that brings it into line with what is run at other speedways and a new compound to introduce more wear.

The right-side tire is a single tread compound tire (last year was a multi-zone tread tire) with a new compound that will introduce more wear and run cooler, which was the focus of an April tire test at the track.

“Michigan was paved not too many years ago and the track still has a lot of grip, so we have be cognizant of that and the speeds the Cup cars are running when we make our tire recommendation,” said Greg Stucker, Goodyear’s director of racing.

“We tested at Michigan this spring with the expressed intent of looking at right-side tire temperatures, and came away with a great compound that will wear more and run cooler. We also were able to update our left-side construction and go with a compound on that side of the car that will wear more as well.”

The Xfinity Series will be running its second consecutive race that utilizes a new aero package featuring front air ducts, restrictor-plates, larger rear spoilers and splitters that were previously used in 2014.

NASCAR could place more limits on Cup drivers in other series