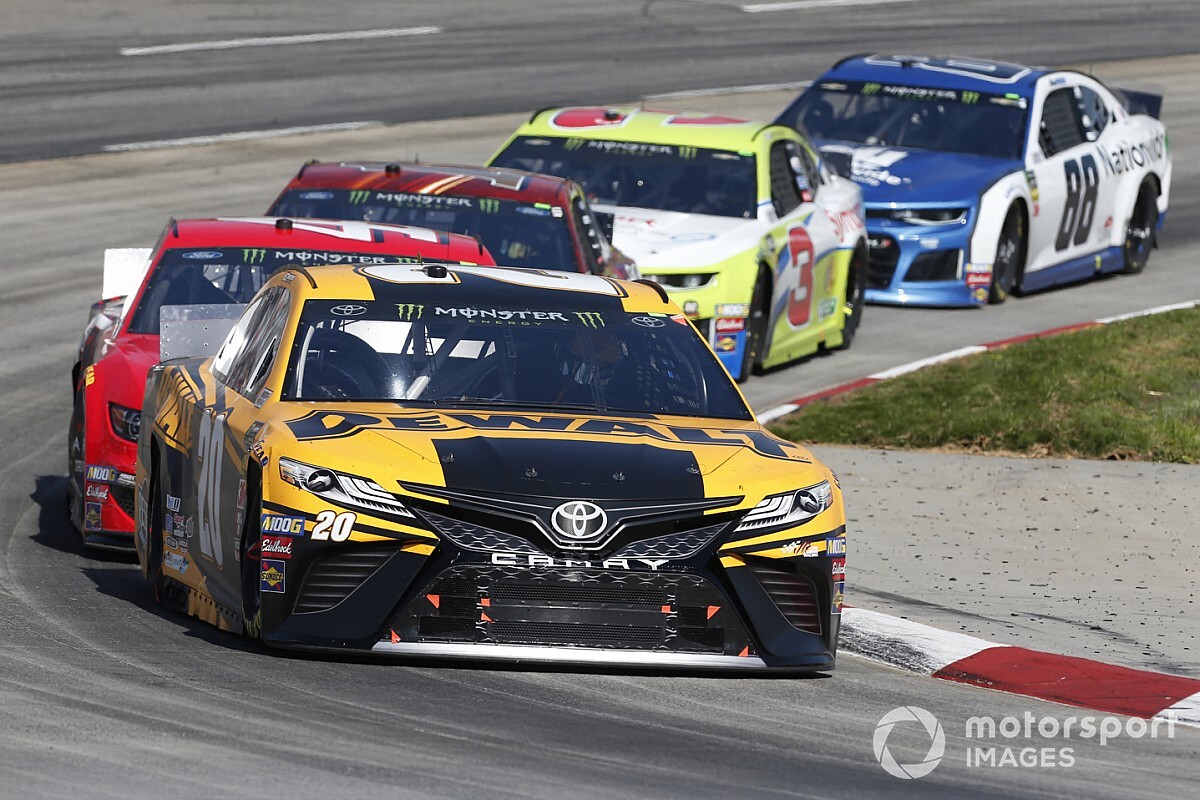 The new lower downforce will make its debut at Martinsville (Va.) Speedway on Wednesday night and with it, NASCAR Cup Series teams will also see softer tires.

In January, NASCAR announced some changes to its short track rules package for this season that included significantly smaller spoilers, splitters and other aero devices to reduce downforce. The rules are similar to the ones used in the 2017 and 2018 seasons.

Wednesday night’s race at Martinsville will also see the introduction of new left and right-side tire combinations that were designed to optimize the acceleration, deceleration and handling on the ½-mile short track.

Compared to what was run at this track last season, the new tire set-up features construction updates on both sides of the car and compound changes on both sides that will give the cars more grip and introduce more tire wear.

“Moving the first Martinsville race later in the schedule will have an impact on tires and the track’s ability to take rubber,” said Greg Stucker, Goodyear’s director of racing. “Originally scheduled for May and now being held in June, ambient temperatures will be warmer, which will help the cars’ ability to lay rubber in the concrete corners.

“Even though this race will be held at night, track temperatures should be warmer than what we ‘normally’ have for this event. In addition to the concrete corners, Martinsville’s lack of banking, long straightaways and tight turns combine for the other challenge teams face.

“Drivers are hard on the brakes entering the corners and hard on the gas exiting, so our constructions have to be very robust in handling those conditions.”

To get a better handle on how the new tire combos would work under nighttime conditions, Goodyear held its test of these tires last July partially under the track’s lights.

This is the only track at which NASCAR teams will run either of these two tire codes this season.

Rodney Childers, crew chief for Cup driver Kevin Harvick, said he has been especially pleased with the results of the new short track package this season, which has already been run at Phoenix and Bristol.

“You’ve got to have the guys where they can race, they can turn, they can make passes. Like I said, it was a huge effort for everybody in the industry, and it has worked. I think Martinsville will be that much better,” he said.

“We’ve got less downforce. They’re putting softer tires on the cars, and it’s going to be a cool night race under the lights. It’s probably going to be one of the more exciting and better Martinsville races that we’ve had in a while.”

Wallace and famed No. 43 to sport "Black Lives Matter" livery