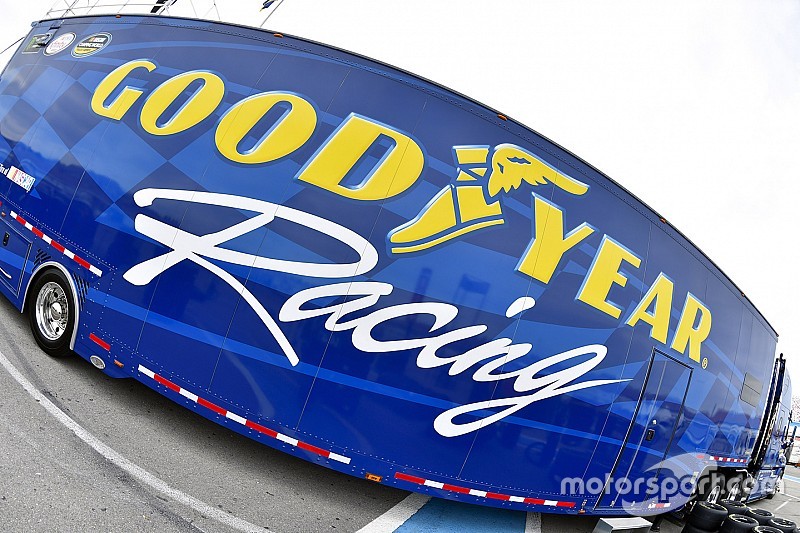 Sunday’s Cup race will also feature the use of all elements of the new aero package. The aero package debuted last weekend in Atlanta but did employ front air ducts, like will be used at Las Vegas.

“Since the track surface at Las Vegas has proven over the years to be one that generates minimal tire wear, we have made a change to our tire recommendation for this weekend’s races,” said Greg Stucker, Goodyear’s director of racing.

“What we did was – in addition to introducing a construction update to this left-side tire – is go to a right-side tire that we have already run on some of the smoother track surfaces on the circuit, like Michigan and Texas.

“Excessive heat is really the enemy of a race tire and tire performance. On surfaces that don’t naturally promote wear, it is important to design a tire that can handle and dissipate that heat, and this right-side utilizes a tread compound formulation which does that.”

Atlanta is the most abrasive track surface upon which the three NASCAR premier series race, and one that wears tires to the tune of three seconds per lap over the course of a fuel run, while Las Vegas does not wear tires much at all.

That presents a challenge for Goodyear to bring tread compounds that can wear sufficiently and dissipate heat to help the tires run cooler and at a more optimum level. Not to mention, the Cup cars will see a new aero package this weekend that reduces horsepower and increases downforce.

The right-side tire last season was a multi-zone tread tire but will change to a single tread compound. The left-side features a construction update Goodyear is rolling out at several tracks this season.

The new tire combination was confirmed by Cup teams at the NASCAR organizational test at Las Vegas on Jan. 31-Feb. 1 during which the new aero rules were used.

The Truck series will use a new left-side tire but its right-side will be the same used at last September’s race at the track.