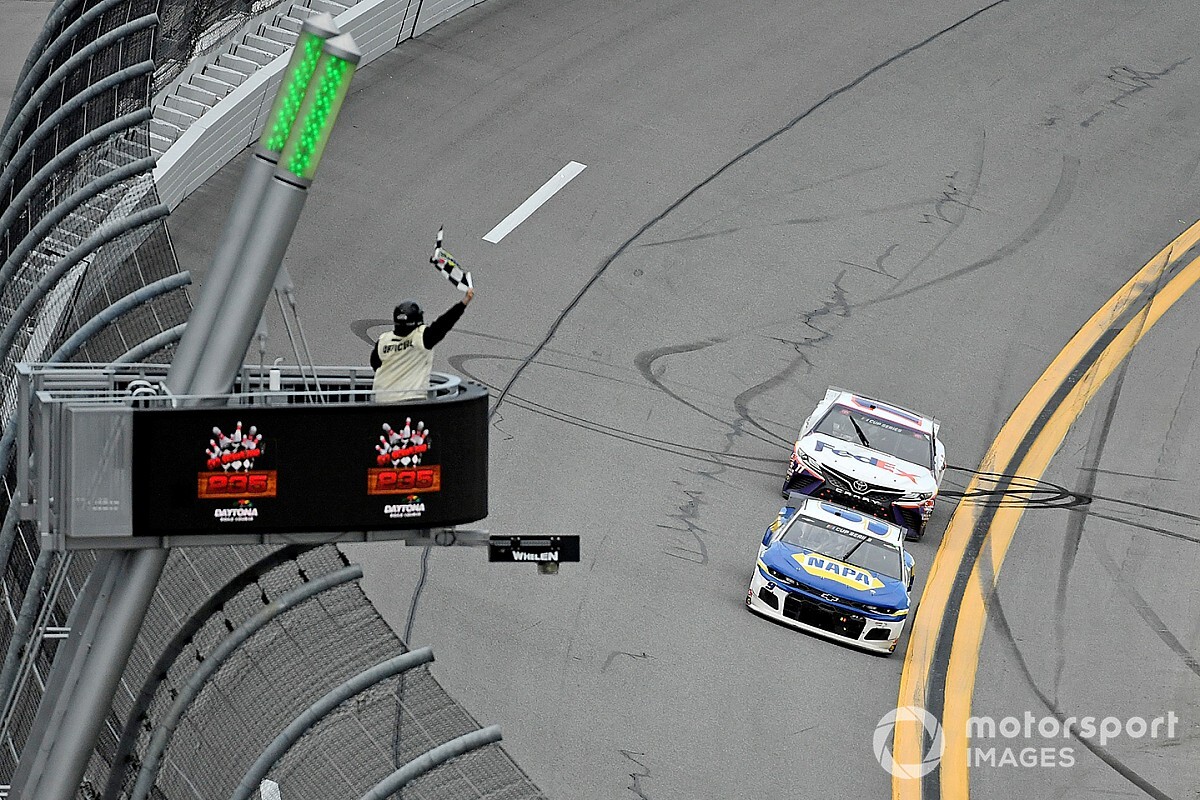 The Joe Gibbs Racing driver started from pole position and led 16 laps, but was unable to mount a real challenge against Elliott at the end, who has won the last three road course races on the NCS schedule.

However, a late-race restart allowed him to close the gap and at least get the Hendrick Motorsports driver to look in the rearview mirror.

"I knew Chase wasn't going to miss his marks, and I actually spun my tires pretty good on that restart," said Hamlin of the final run to the finish. "I just didn't want to overdrive it and not give myself a chance, and so I did drive in there pretty deep, and I got it to rotate pretty good, and my main key was to get to second by the time I got to Turn 3, and we were able to do that. But Chase just got out there.  We could gain like a car length a lap and then I gained it all in those last two corners.

"I just wanted to keep him honest, and it seemed like the closer we got, the more his car was either wheel hopping or sliding the front tires.  We were at least kind of keeping him honest there to make him push his car to earn the victory."

Four of Elliott's eight Cup Series wins have come on road courses, so what makes the second-generation racer so much better than the competition at places such as Watkins Glen, the Charlotte Roval and now, Daytona?

"Well, I think he takes a little bit untraditional lines," theorized Hamlin. "I think he does a great job of staying out of the rubber.  I think his car really does a lot of good things that you would like for your car to do.  Their car doesn't move around a whole lot, with roll and pitch and whatnot.  So I think they've really got a great road course setup, and he executes it, and that's going to equal a lot of success.

Making it through Turn 1

Hamlin led the field to the green flag at the start of NASCAR's first ever Cup Series event on the Daytona Road Course, and with no practice or qualifying, there was plenty of unknowns. In fact, the front-four starters all met pre-race to discuss the approach into Turn 1 with the hope of ensuring a clean opening lap.

"I think it's very fortunate we had a couple races in front of us. That kind of taught us a lesson," explained Hamlin. "It was good, and (Kevin) Harvick and I actually ‑‑ actually the top four, me, Harvick,  (Martin) Truex and (Kyle) Busch, all talked right before the race, and we said, okay, when we take off we're going to start braking right there.  We're not going to have any secrets, let's make sure we don't look like a bunch of dummies there in Turn 1.  We made sure we kept it clean to start, and then you can get your bearings about you after you run a few laps.

"Really it's one of those tracks where I feel like it's not super technical, but it definitely rewards the guys that do the right techniques on road courses."

The series now heads to Dover for a doubleheader race weekend before the regular season finale takes the Cup cars back to Daytona, but this time on the high banks.