Denny Hamlin is "all in on Vegas," not focused on championship 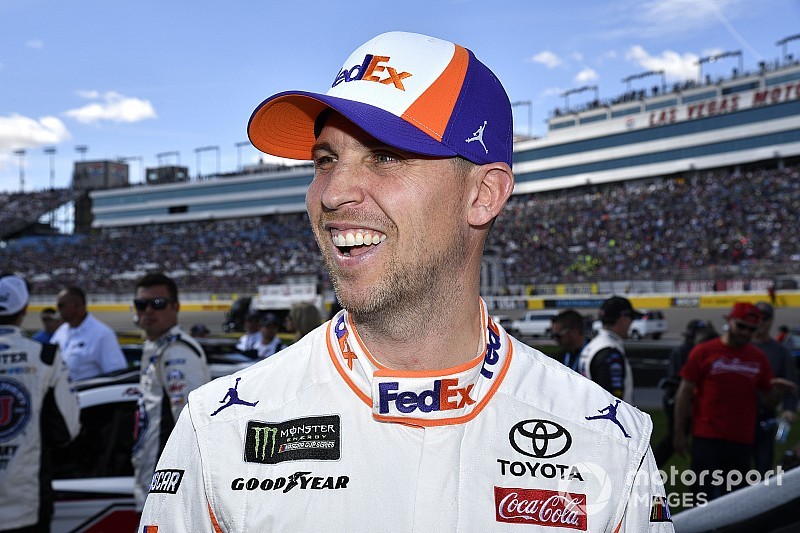 Denny Hamlin’s goal this season was to be one of the four drivers to compete for the NASCAR Cup Series title at Homestead.

Mission accomplished, and not only that, but Hamlin’s four wins through the first 26 races is the most wins he’s had in a season since 2012.

Under the current playoff system, Hamlin’s wins also give him a base of playoff points that will help carry him to the Homestead finale.

“We are going to play this week-by-week. We are not looking forward to Richmond next week or the (Charlotte) Roval the week after. It’s all in on Vegas this week and trying to figure out what we can do to win this week.

“We’ve got the performance to do it right now.”

The turnaround has been swift for Hamlin, who went winless last season for the first time as a fulltime Cup series driver.

He began the year with a new crew chief, Chris Gabehart, and right before the season began at Daytona, Hamlin’s mentor and friend, J.D. Gibbs, died from complications following a long battle with a degenerative neurological disease.

About a month later, Hamlin was celebrating his first win of the season in the Daytona 500 – an emotional experience for everyone at Joe Gibbs Racing.

“Certainly, if we can come out of this race with a clean race, finish well, we now go into one of my best race tracks (Richmond) knowing we could pad – if not lock ourselves in – just two races in,” Hamlin said.

“I’m just focused on Vegas. I cannot wait to get inside the car, just the way we have been running lately, it has been a joy to know that you have had race winning speed. Certainly, my mindset is different than some of the guys out there that have either limped into the playoffs or have had struggles or wrecks.

“We have had our fair share, but I feel like we are on high right now and I want to continue that momentum.”

Even though he has finished as high as second in the standings in 2010, Hamlin said he has “no doubt” 2019 is his best chance to winning the elusive title.

“As long as we execute, we contend for wins every week and that is something that only a handful or less can say every week.”