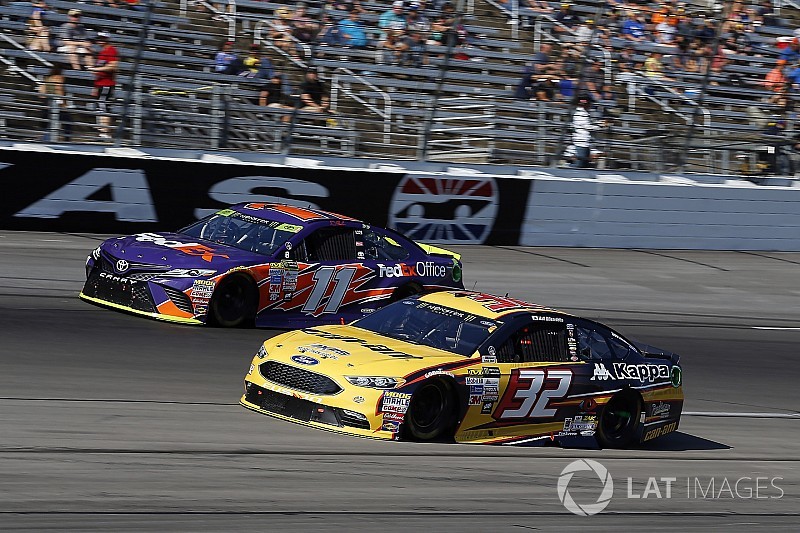 DiBenedetto took to Twitter in a short video to reveal that he lacks sponsorship and is unlikely to be able to race.

The GoFas Racing driver was running up inside the top five late in the Daytona 500 but crashed out to finish 27th.

He then ended up 31st at Atlanta and took a season-best result of 21st last weekend at Las Vegas.

“Coming off having a shot to win the Daytona 500 and having a really strong run at Vegas last weekend, we are in a little bit of a situation,” he said in the video.

“I know this is last second but we are unsponsored at Phoenix this weekend.”

Hamlin then responded to the video with a pledge of $5,000 to DiBendetto's cause, with the GoFas driver then offering to put the Denny Hamlin Foundation logo on the car if he makes the grid at Phoenix.

"The coolest part about this and honestly what makes it a little overwhelming and wants to make you tear up a little bit is (that) this is from people I grew up watching and looked up too and I was always a huge fan," DiBenedetto told Motorsport.com.

"Were just a small family-based team that's working hard to overachieve on the track and do the best we can every week. For people like Denny (Hamlin) and Darrell Waltrip to notice and reach out wanting to help means the world to me. These guys are heroes of mine and for them to notice what we are trying to do is overwhelming.

"I can't thank everyone enough."