Hamlin tears ACL in right knee, will continue to race 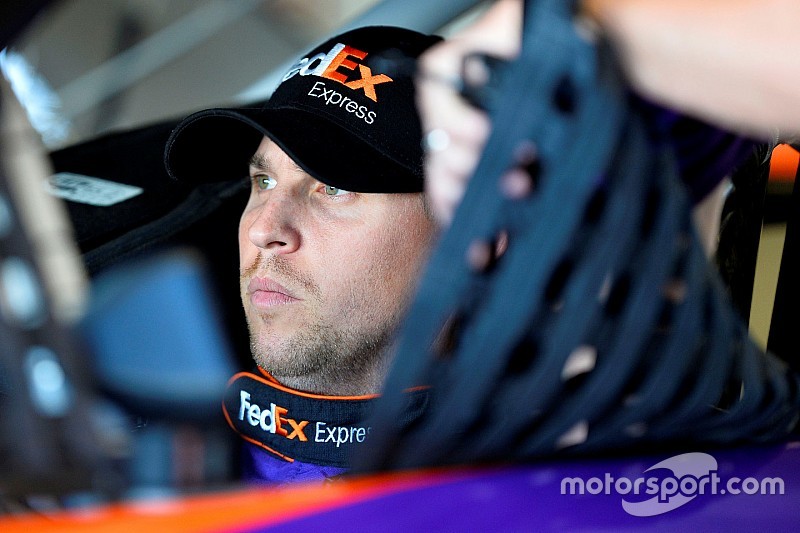 Denny Hamlin suffered an injury to his right knee while playing Basketball last night, and will require surgery once the racing season is over.

NASCAR driver Denny Hamlin’s championship chances have taken a hit and we’re still one week away from starting the Chase for the Sprint Cup.

A MRI on Wednesday morning confirmed the diagnosis, the team said in a statement, and Hamlin has been evaluated by a medical team at OrthoCarolina.

JGR said Hamlin has received medical clearance to race with the injury the remainder of the season. He will require surgery in the offseason to repair the damage, however.

Asked if Hamlin would require a standby driver this weekend, a JGR official said the organization is taking a "wait and see approach."

Not the first time

This is the second time in Hamlin’s NASCAR career he has suffered a torn ACL.

In January 2010, Hamlin tore the ACL in his left knee while playing basketball. He planned to delay surgery that year until the season ended but eventually had it in late March because of concerns over permanent damage to his knee.

Hamlin, 34, is already locked in the Chase this season with one win. He is eighth in the series standings.

McMurray on the cusp of elusive first Chase berth