Harvick: "It's been a grind" to reach Championship 4

Kevin Harvick's road to the Championship 4 has been a difficult one after "mediocre results" early in the 2019 season. 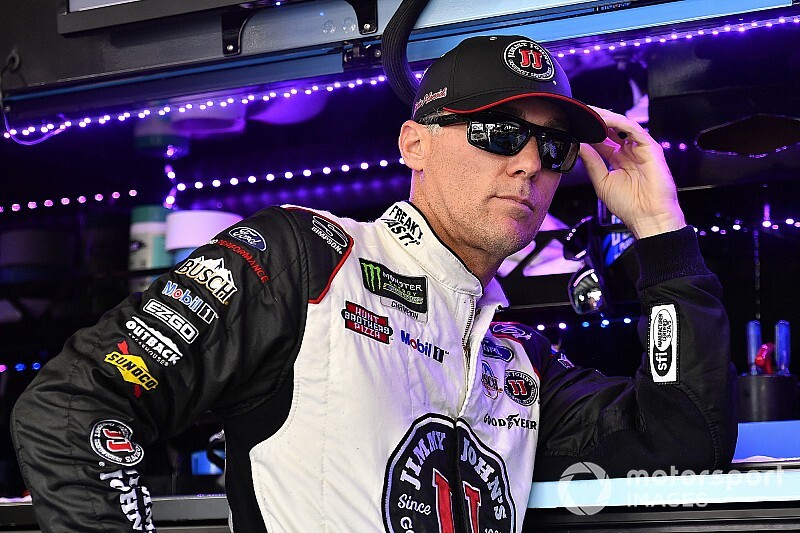 By the No. 4 team's standards, 2019 hasn't been the best year. Harvick went 20 races into the year before winning his first race -- the first of the season for the entirety of Stewart-Haas Racing.

Harvick won at New Hampshire Motor Speedway and would win three more times including the Texas playoff race, which secured his place in the final four.

But with the slow start to the season, the 2014 Cup Series champion admits there were "a lot of doubts."

"I think as we started the season the results weren't bad, we had mediocre results, I think for what we expect as the No. 4 team," he said during Media Day Thursday. "So, but it's been a grind and a battle week‑in and week‑out as to what do we need, what do we need to do different, because the thought process is just so much different than what we have ever done before. I think as an organization we have had to struggle through that and it's been a grind. So I wouldn't, I would be lying to you if I told you it wasn't taxing on everybody in order, in the amount of work that has been put in to get to this point.

"But that's the good part about working at Stewart‑Haas is you have a group of racers and that's what they want to do, they want to be competitive and they're not satisfied with finishing fourth like we did I think five or so races in the first seven or eight. So we want to, we have to, you have to believe able to lead laps. You have to be able to lead laps and you have to get Top 5s in order to have a chance at winning races. And we just, we just weren't at that point in the first half of the year and I feel like we have still been sporadic in the style of racetrack that we can lead laps on."

Harvick finds himself in a unique position this weekend as his three title rivals all come from the same organization -- Joe Gibbs Racing. He is the outlier, driving the SHR Ford Mustang against three JGR Toyota Camrys. But the veteran racer sees a potential advantage in being in this position.

"I think for us it's very simple, there's no worries in making the sponsor mad or making another team member mad or ‑‑ there is no scenario, it's how do we get Stewart‑Haas Racing another championship and all four teams have bought into that and want to do the exact same thing because of the fact that it's good for Stewart‑Haas Racing. So our guys, they have worked their butts off on really all the cars over the last four weeks, in trying to do everything that they can to continue to learn about the cars and I think we have still we have ‑‑ we're still learning. As you saw at Texas, it was definitely a situation where we put a lot of pieces together and it wound up being a good day. But you're still ‑‑ they would be mad at me for saying this, but you're still, it's still a little bit of a guess as to where you're at. It's a science as to how you get to that point of where you think things are going to be, but it's definitely been nice to not have to deal with any politics internally or anything, it's just, what do you need, let's do it and everybody's worked really hard. So there's nothing to navigate for us.

Harvick, Martin Truex Jr. and Kyle Busch all enter Homestead as one-time champions looking to compete while Denny Hamlin aims to secure his maiden title. Should Harvick prevail, he would join an elite group of just 15 other drivers who have won multiple championships at the Cup level.

"Well championships are what we race for," he said of the desire to win a second. "You put a lot of effort into the season and week after week of trying to be competitive and I think the more championships you win, the more it solidifies everything that you do on a week to week basis. So they're hard to win. It's hard to get here. I know that we have been able to do that five times now, but the Playoffs are difficult now. It's difficult to go through all those eliminations and different racetracks and have everything work out. So you just, this will be the fifth time here and we have only won once and so it's definitely something that we would love to do again. This is what we race for."

NASCAR Roundtable: Who will be champion?