Harvick not going to 'nitpick' missing out on Pocono sweep 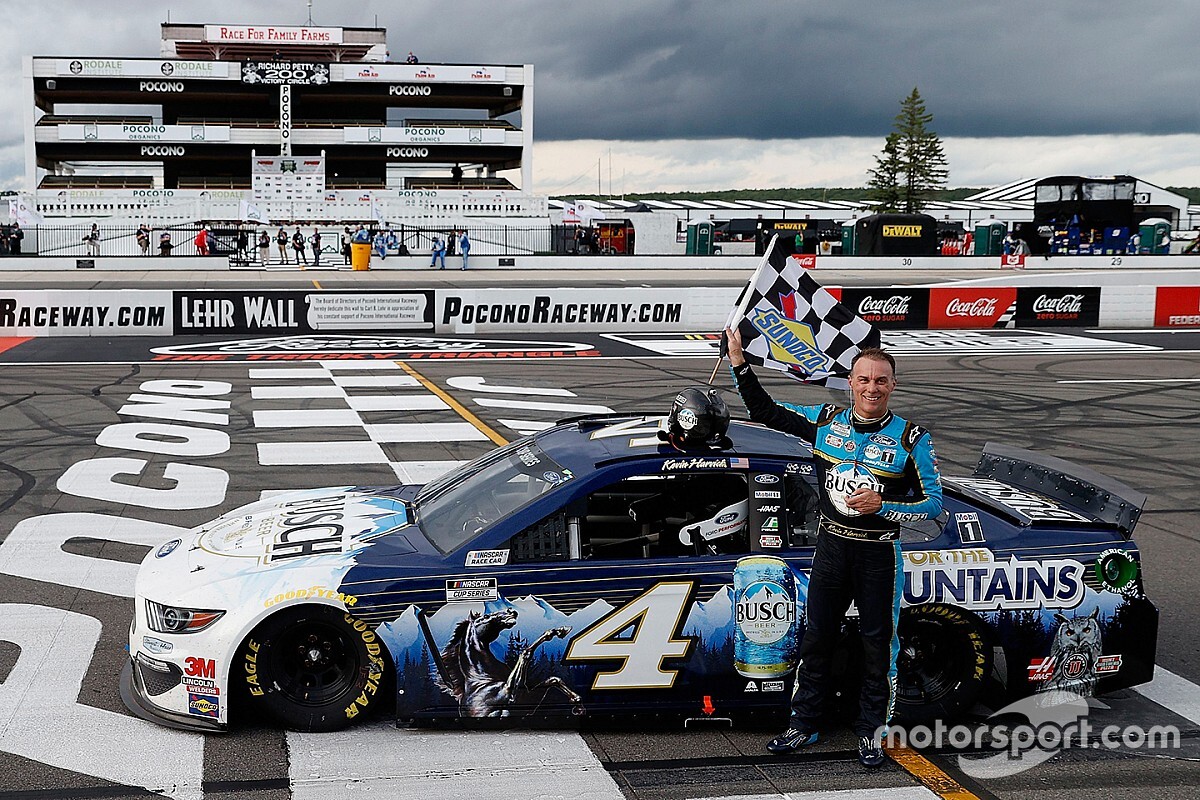 Kevin Harvick said he had a better car Sunday at Pocono when he finished second then Saturday when he earned his first career victory at the track.

Such is the way of things in racing, where circumstances, pit strategy and the timing of cautions can alter the outcome just as much as a fast race car.

Like Saturday, the outcome of Sunday’s second race in Pocono’s unique doubleheader came down to a duel between Harvick and Hamlin.

Sunday’s race, however, ended with an uncharacteristic 51-lap green-flag run, which Hamlin and his crew chief, Chris Gabehart, used to their advantage.

Once the final round of green-flag stops was completed, Hamlin was able to come out with the lead and a more than 2-second advantage over Harvick. With the race staying green, Harvick could do little to alter the outcome.

“The car was actually better today than it was yesterday. Just the way that the end worked out,” Harvick said. “We had to run in a lot of traffic there. Denny kept clicking off laps.

“They did what they had to do, did the opposite of what we did as far as when we pitted. We lost time going through that traffic, just came out behind him, wound up second.

“I'd feel childish if I sat here and nitpicked that apart.”

Hamlin’s win was his fourth of the 2020 Cup Series season – the most of any driver. Going into the race he was tied with Harvick with three wins apiece.

The two veteran drivers have started to separate themselves from the rest of the field with half the 26-race regular-season now complete.

And Harvick said he would not be surprised to see more race wins decided between himself and Hamlin this year.

“I think as we go through these styles of race tracks with Pocono, and obviously he does really good at Homestead, Martinsville, we go to Michigan. There's a lot of the race tracks that both of us and our teams do a really good job at,” Harvick said.

“As you look at last year and this year, I know Kyle (Busch) hasn't really put it all together yet, but those guys, the Joe Gibbs Racing guys, even Martin (Truex Jr.), do a really good job.

“Denny has been consistent over the last couple years with Chris. That's what it takes. It takes that chemistry between crew chief and driver and team. You just never know when it’s going to be like that.”

“Both of our crew chiefs are just really old school racers that do a good job in the engineering era of being able to look at the car, come at it from a driver’s perspective,” Harvick said.

“They’ve definitely got their stuff together right now.”

Denny Hamlin beats Harvick, and the darkness for Pocono win