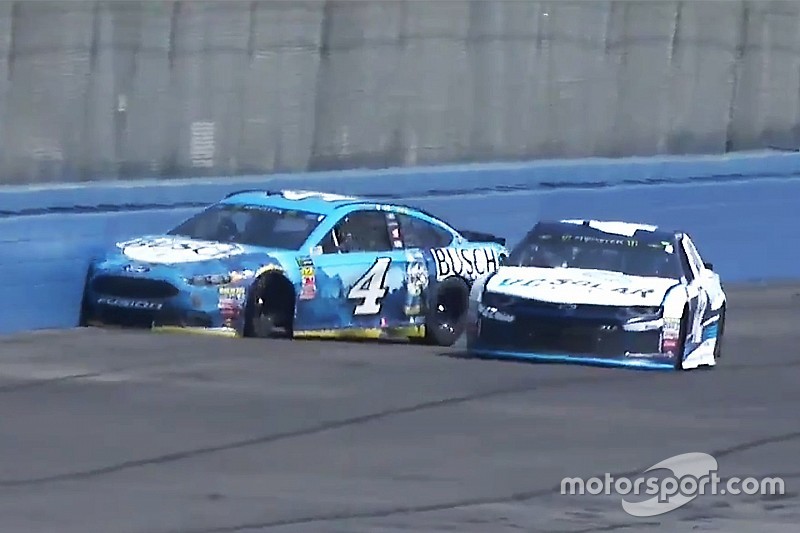 Kevin Harvick and Kyle Larson were battling hard for the third position for several laps in the opening stage of the Auto Club 400.

But on Lap 37, it all went wrong as the two collided and Harvick slammed the outside wall.

“He’s a f***ing idiot for racing you that hard that early in the race,” said Larson's crew chief Chad Johnston.

“He’s going to be mad, but I did nothing wrong,” replied Larson.

Harvick's team was able to repair the car and meet minimum speed, but he returned to the race 36th, two laps down. By the end of the stage, he fell to three laps behind the leader. Between the stages, more repairs put him five laps back of the lead lap.

In replays of the incident, it appeared Harvick came down on Larson, initiating the contact that sent him careening into the backstretch wall, ending his chance of winning four consecutive races.

On the No. 4 radio, Harvick accepted blame for the crash.