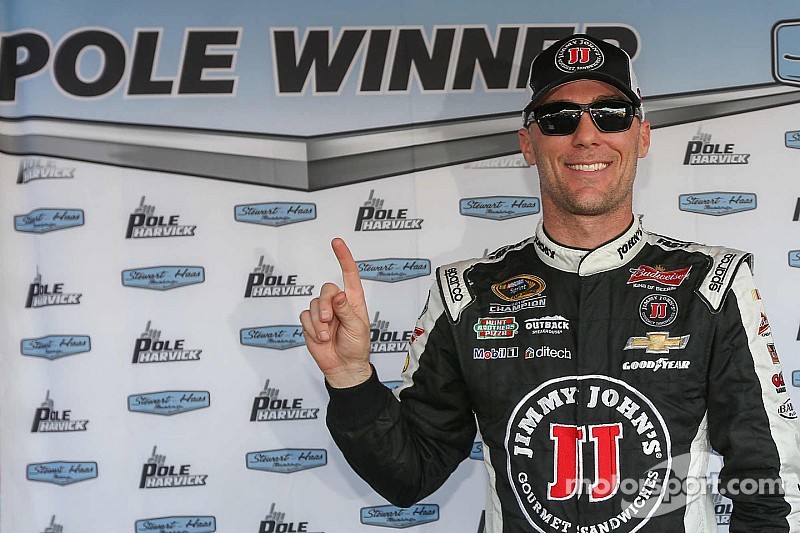 Kevin Harvick knows how to get around Phoenix International Raceway the fast way, as evidenced by six-career NASCAR Sprint Cup Series wins, four of them coming in the last five races, including the last three. Those stats, though, didn't include a pole until Friday.

I'm never happy with second ... We definitely had a fast car, but not as fast as the No. 4 (Harvick).

"Just really enjoying myself, obviously," Harvick said of his recent success, overall and at Phoenix. "It's been quite a run.

Harvick, last week's winner at Las Vegas Motor Speedway, will attempt to keep alive a streak of six-consecutive top-two finishes, dating back to the final three races of the 2014 season.

Harvick will be joined on the front row by Joey Logano, the track qualifying record holder at Phoenix. The second-place start at PIR will be Logano's fourth top-10 start in the four races, so far, this season.

"I'm never happy with second," Logano said. "We definitely had a fast car, but not as fast as the No. 4 (Harvick). Two front-row starts in the last three weeks is something to be proud of."

Harvick was also fastest in the second of the three rounds of qualifying with a 25.616-second/140.537 mph lap, followed by Kasey Kahne and Logano.

"Just really proud of everybody on our No. 4 Jimmy John's/Budweiser team," Harvick said.

Ragan misses out after strong start

Martin Truex Jr. and Denny Hamlin posted identical laps of 26.170 seconds/137.562 mph in round one, tying them for the 24th-fastest lap of the round. Truex was awarded advancement to round two by virtue of his No. 78 Furniture Row Racing team having more owner points than Hamlin's No. 11 Joe Gibbs Racing team.

Ragan, though, failed to get past round two, barely missing advancement to the final round with the 13th-fastest lap.

Tanner Berryhill and Travis Kvapil failed to make the race.